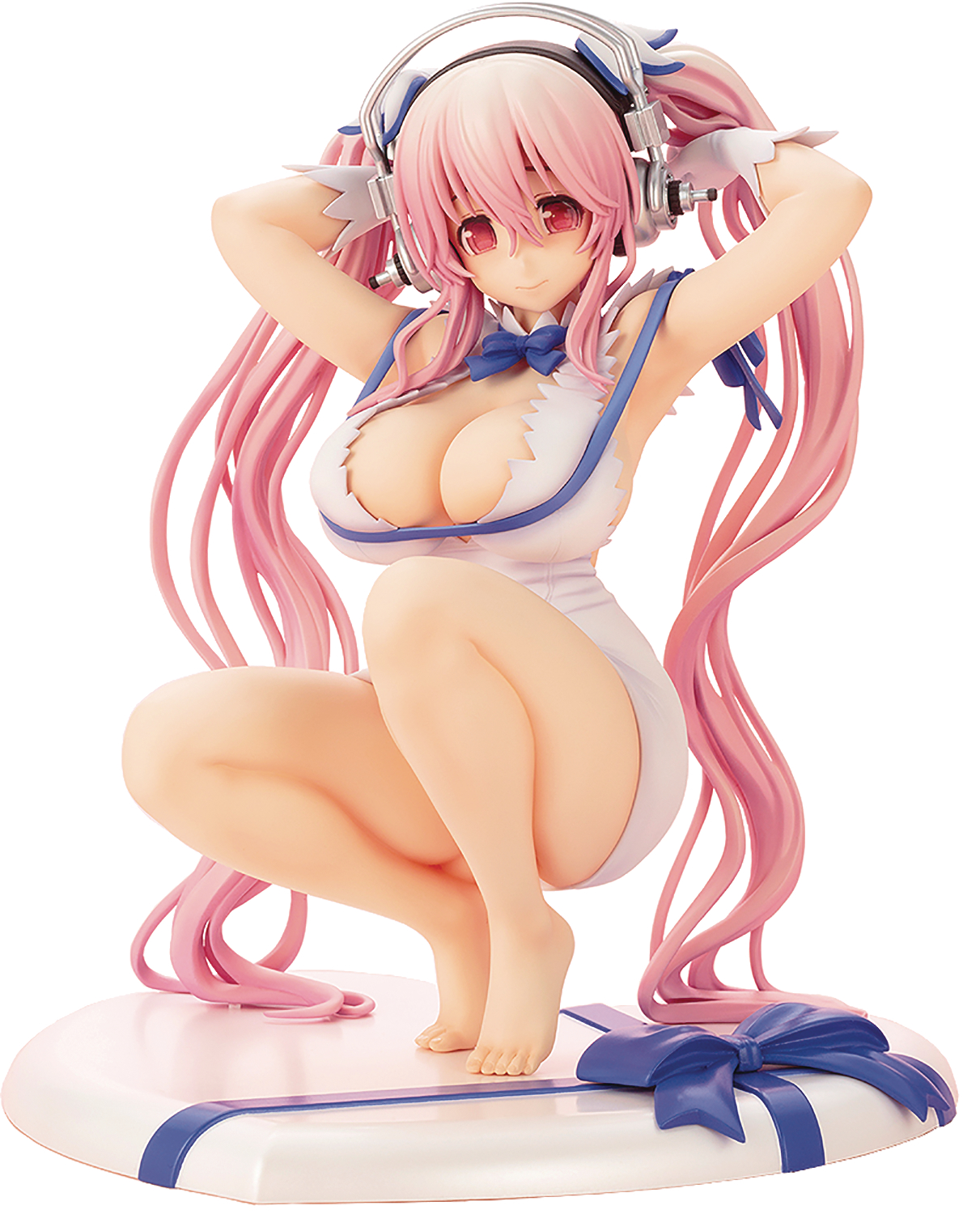 JAN188259
From Genco. In commemoration of Super Sonico's 10th anniversary, Nitroplus' Tsuji Santa drew this illustration featuring Super Sonico wearing Hestia's outfit from Is It Wrong to Try to Pick Up Girls in a Dungeon?, which has now been transformed into a figure!  The outfit has been captured in exquisite detail, and the way the cord squeezes up against her bosom captures that lovely soft feeling, and the outfit also gives a nice look at her bare back for fans to enjoy in their collection! A bromide illustration card featuring the original illustration will also be included as a first edition limited bonus!