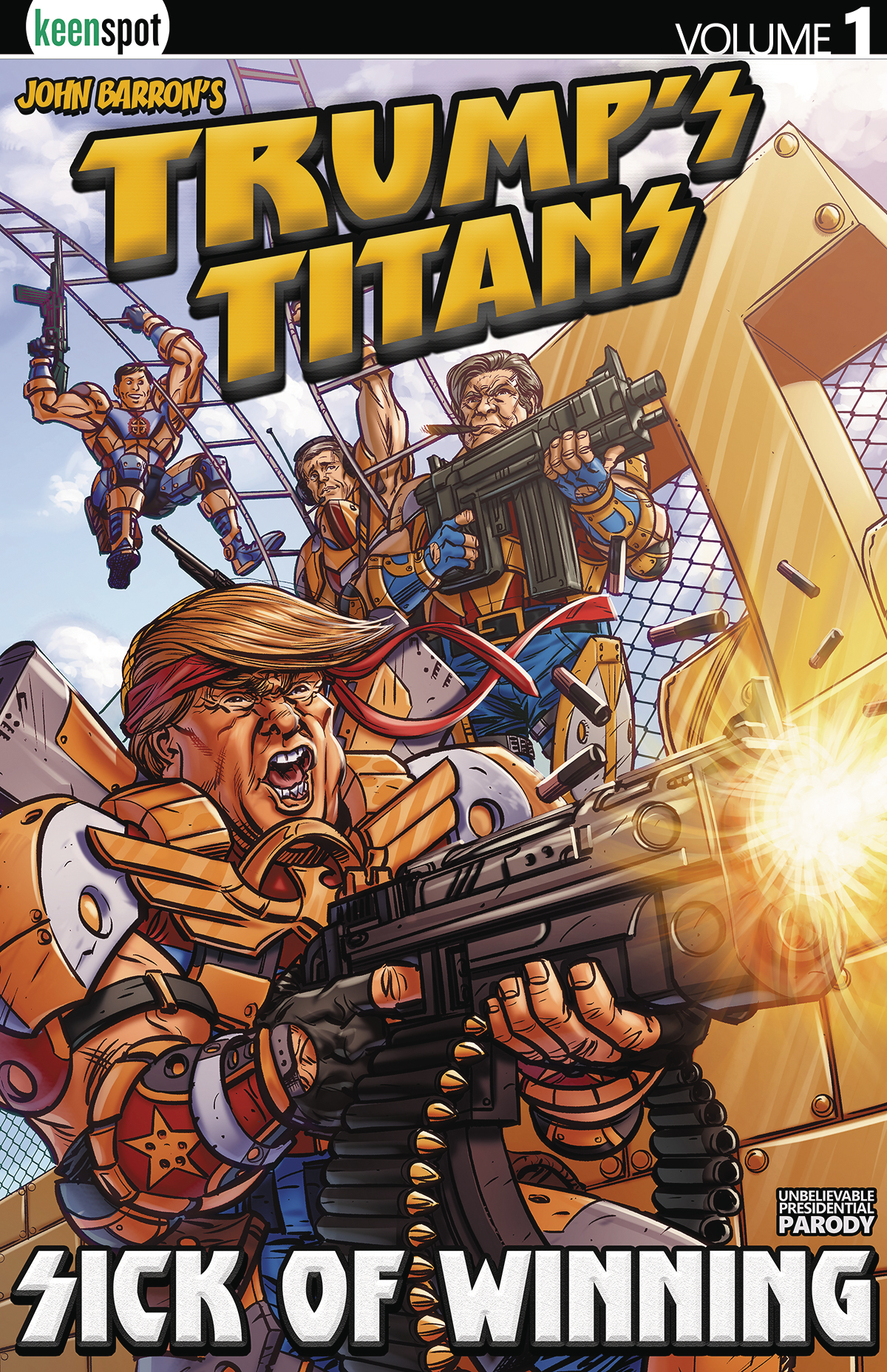 JAN181757
(W) John Barron (A) Shawn Remulac (CA) Bill Blankenship
Thanks to a secret government technology invented by his genius scientist uncle in the 1980s, President Donald J. Trump becomes not only the most powerful man in the world, but the most powerful being in the universe! Using his covfefe good brain, the best brain, The Donald assembles a superhero team like nobody's ever seen before! They quickly deliver fire and fury to threats against our nation such as Fidget Spinners, Mark Zuckerberg, and The Mandela Effect. No witch hunt here! This bigly volume collects the fabulous first four issues of Trump's Titans, which some people are saying is the hugest-selling comic book series of all time, believe me!
In Shops: Aug 01, 2018
SRP: $16.99
View All Items In This Series
ORDER SUBSCRIBE WISH LIST