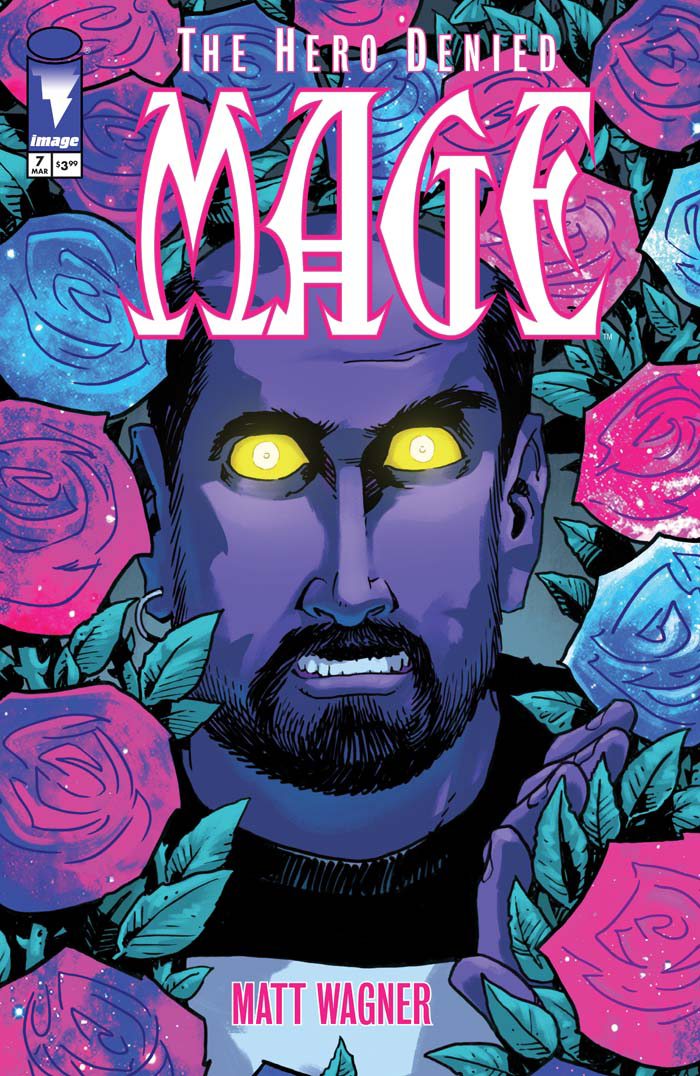 JAN180798
(W) Matt Wagner (A/CA) Matt Wagner
MATT WAGNER's classic saga of comics fantasy continues in the third and final part of his epic MAGE trilogy. After encountering a rare and ominous mystical creature, Kevin Matchstick has enlisted black-market magic to obtain an enchanted potion that he hopes will help lead him to the Fisher King. Will his mystical quest lead to the fulfillment he so desperately seeks...or leave his family more vulnerable than ever? Can even the Pendragon stave off a siege from the Faerie Realms and the schemes of the malevolent Umbra Sprite?

MAGE: THE HERO DENIED is a 15-issue limited series climaxing in a double-sized finale. Considered by many to be creator MATT WAGNER's  masterpiece, MAGE has been a perennial favorite with old and new readers alike for nearly three decades.
In Shops: Mar 14, 2018
SRP: $3.99
View All Items In This Series