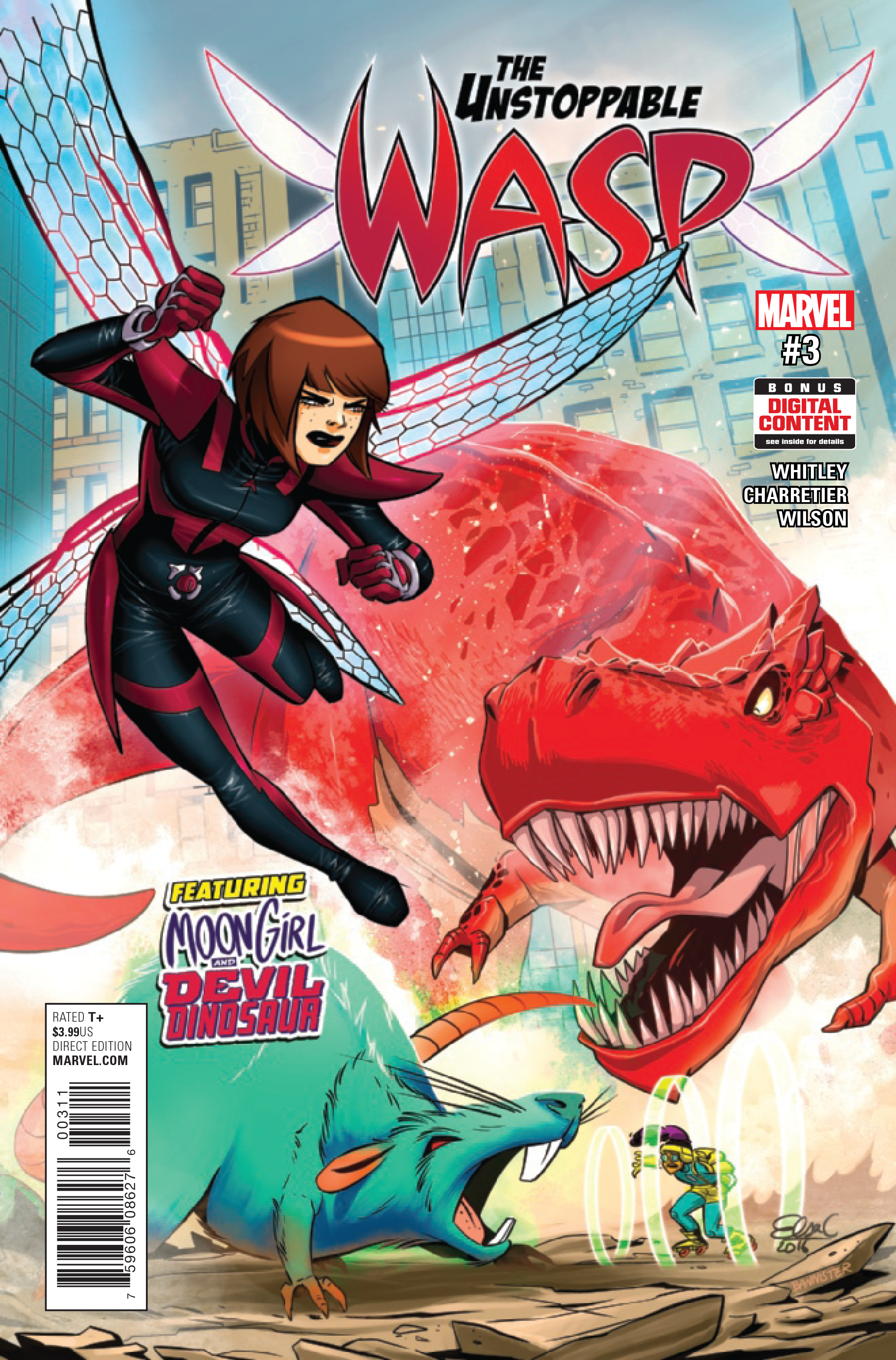 JAN171022
(W) Jeremy Whitley (A/CA) Elsa Charretier
EVIL SCIENTISTS!  MAN-EATING GIANT RATS!  A BIG RED T-REX?
•  Nadia's quest to create a super-science lab full of girl geniuses is hitting a lot of bumps in the road.
•  And now The Red Room is after her and they'll stop at nothing to get her back.  Nothing is too low!
•  The title says she's unstoppable, but can even Nadia recruit a science lab when she is caught between an evil science organization and a super villain?
•  Guest-starring: Moon Girl, Devil Dinosaur and with a special appearance by the original Wasp - Janet Van Dyne!
Rated T+
In Shops: Mar 01, 2017
SRP: $3.99
View All Items In This Series