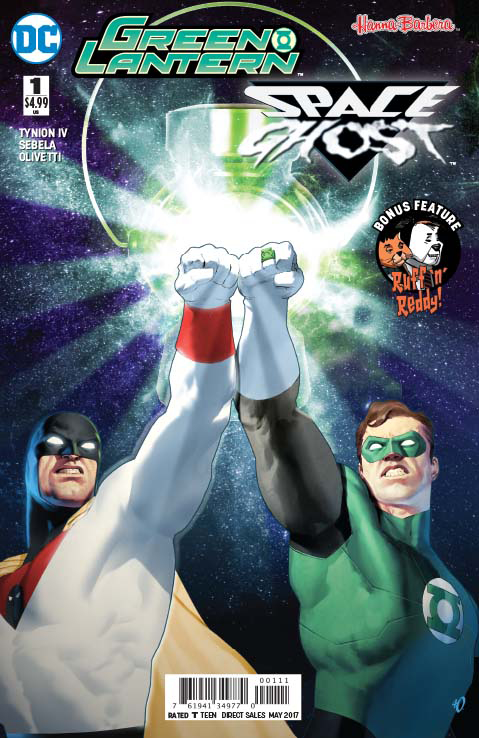 JAN170335
(W) James TynionIV, Christopher Sebela, Howard Chaykin (A) Howard Chaykin (A/CA) Ariel Olivetti
Trapped in a strange rift in time, Green Lantern and Space Ghost are forced to battle a variety of foes - and each other! And even if they manage to survive, they will be thrown into a world with no concept of interstellar travel - or even what an alien is! Stripped of their weapons by a xenophobic culture, the duo will have to battle to regain them - but what happens when Space Ghost dons the Emerald Ring and Hal Jordan put on the Power Bands? And in the backup feature, Ruff and Reddy were once the toast of nightclubs, variety shows, late night chat fests and Broadway. Learn how they became the comedic duo of yesterday... before they hit rock-bottom today!
In Shops: Mar 29, 2017
SRP: $4.99
View All Items In This Series