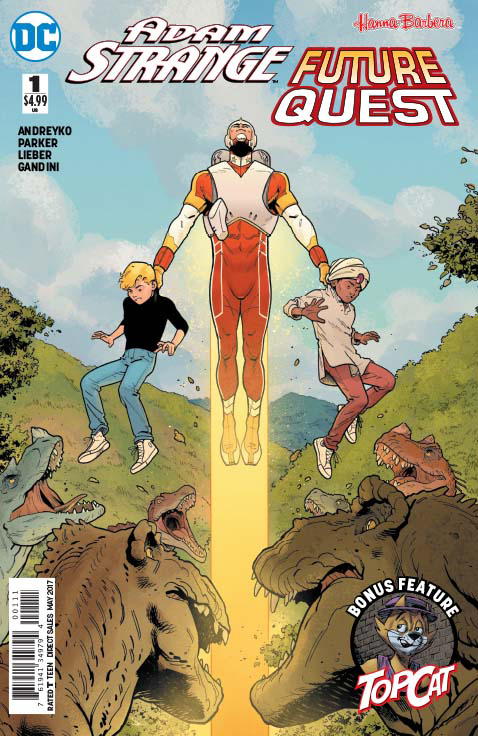 JAN170331
(W) Marc Andreyko, Jeff Parker, Dan DiDio (A) Steve Lieber, Phil Winslade (CA) Evan "Doc" Shaner
After the events of the DEATH OF HAWKMAN miniseries, Adam Strange is blasted through multiple dimensions only to land on Earth! There, instead of super-powered beings and legendary crime fighters, he encounters a boy adventurer and his scientist father - and they're the only ones who can help him return home. Jonny Quest, Hadji, Dr. Quest and Race Bannon have a plan, but it's going to involve a dangerous trek through Dino Boy's Lost Valley of prehistoric threats! And in the backup feature starring Top Cat, breaking out of prison is challenging enough for a cat, but sometimes it means stumbling through a cosmic portal to planet Earth... and right into the hands of Batman!
In Shops: Mar 29, 2017
SRP: $4.99
View All Items In This Series