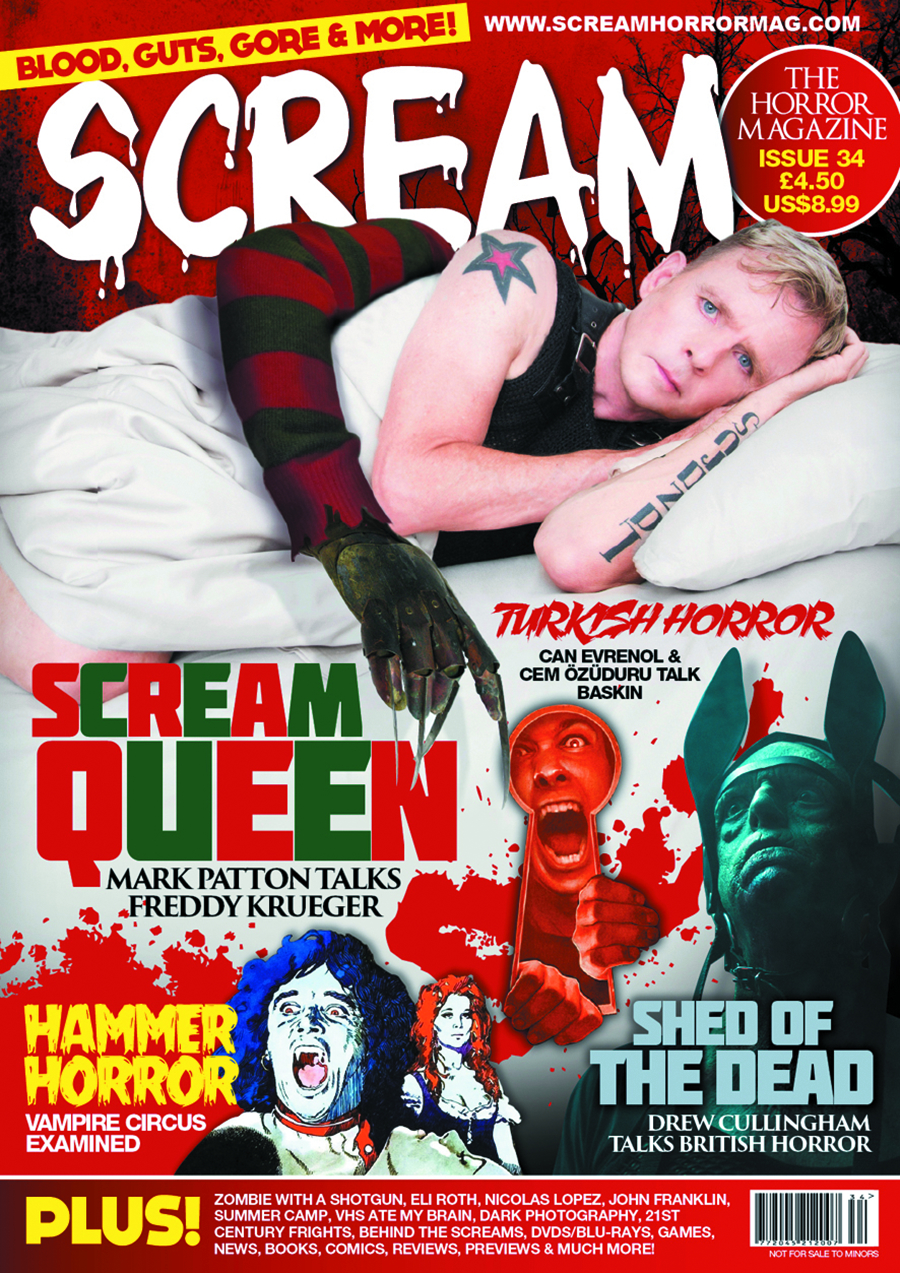 JAN161959
The Scream Team chats exclusively to Mark Patton from A Nightmare On Elm Street 2, reports exclusively from the set of the upcoming British horror comedy Shed Of The Dead, plus we interview the film's director Drew Cullingham, talk Turkish horror with Baskin director Can Evrenol and writer Cem Ozuduru, and hang out with Eli Roth and Nicolas Lopez at the 2015 Stiges Film Festival to discuss The Green Inferno, Knock Knock, The Stranger, and upcoming shark movie Meg. Plus, there is plenty of horror games, books, dark photography, events, festivals and comic news along with the reviews and previews.
In Shops: Apr 06, 2016
SRP: $8.99
View All Items In This Series
ORDER SUBSCRIBE WISH LIST