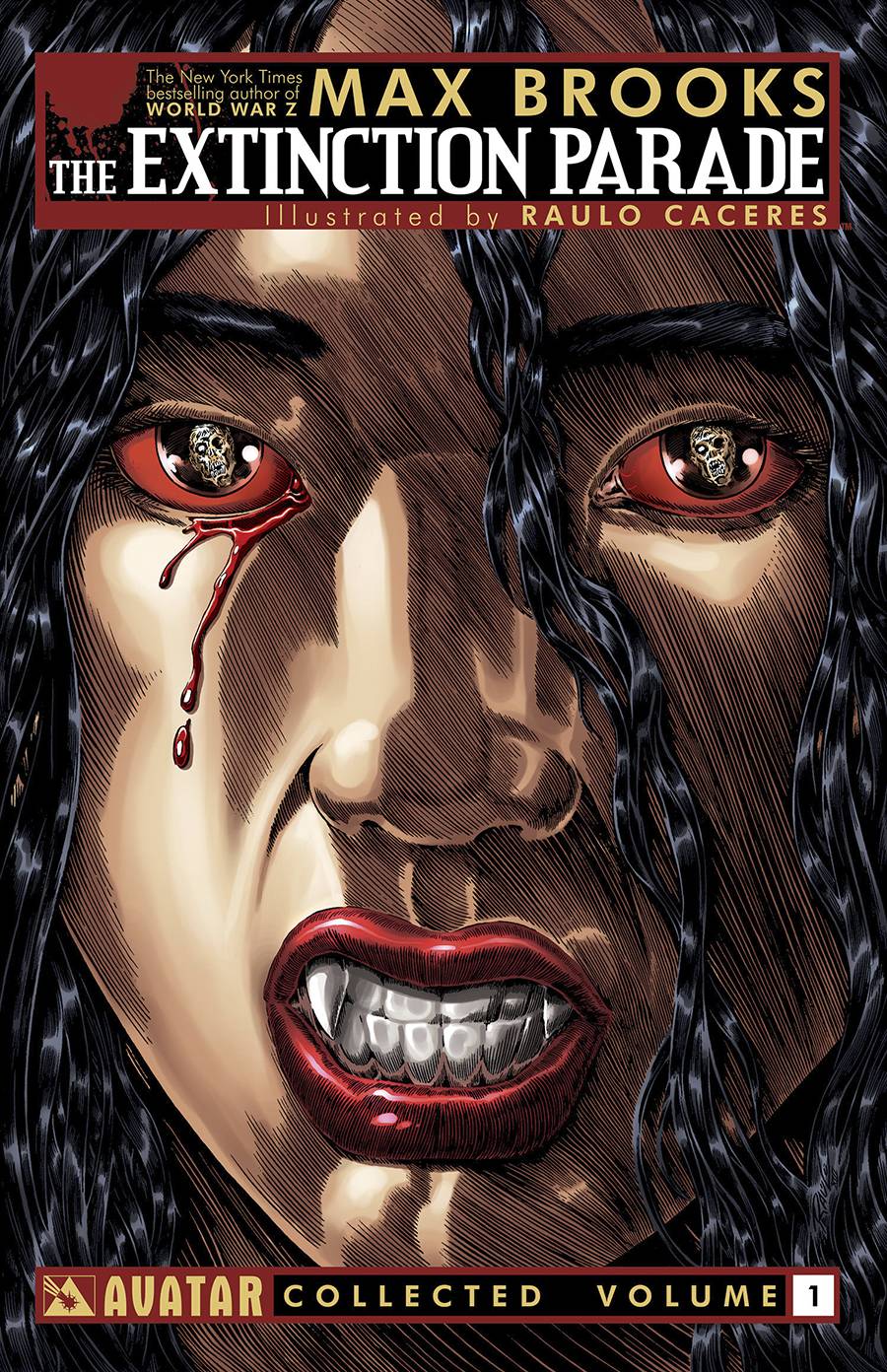 #
JAN148070
(W) Max Brooks (A/CA) Raulo Caceres
The best-selling Zombie writer in history finally unleashes an all-new horror epic!  Be ready for the summer's biggest graphic novel event as millions of zombie fans come looking for with the collected first chapter of MAX BROOKS' EXTINCTION PARADE!  One of the founders of the zombie renaissance, Max Brooks has sold millions of books in dozens of languages. His first book The Zombie Survival Guide not only singlehandedly jump-started the zombie prep subculture, its graphic novel companion Recorded Attacks debuted as #1 on the New Times Bestseller list. His second book World War Z (already a multi-million copy NYT bestseller in its own right) was adapted by Brad Pitt into one of the biggest blockbuster movies of 2013.  Now Brooks takes the zombie genre to a whole new level with his new illustrated series Extinction Parade featuring stunningly rendered art by super-star RAULO (Crossed, Captain Swing) CACERES. Building on the seed of his hit 2010 short story, Brooks has crafted a truly epic series. Not only does Extinction Parade's multilayered depth and meticulously researched detail raise it to the standard of his previous work, it also introduces fans to an entirely new, fresh and terrifying subgenre: Vampires Vs Zombies.  As humans wage their loosing fight versus the hoards of the subdead, a frightening realization sets in with the secretive Vampire race:  our food is dying off.  This is the story of Vampires decent into all-out war with the mindless hungry hordes of the zombie outbreak as humanity tries to survive them all.  Three species in mortal conflict.  This is how a species dies.  The collected edition contains the entire first chapter of this epic tale including Extinction Parade issues #1-5, and a blood-soaked cover gallery!
In Shops: Jun 25, 2014
SRP: $19.99
View All Items In This Series
ORDER WISH LIST