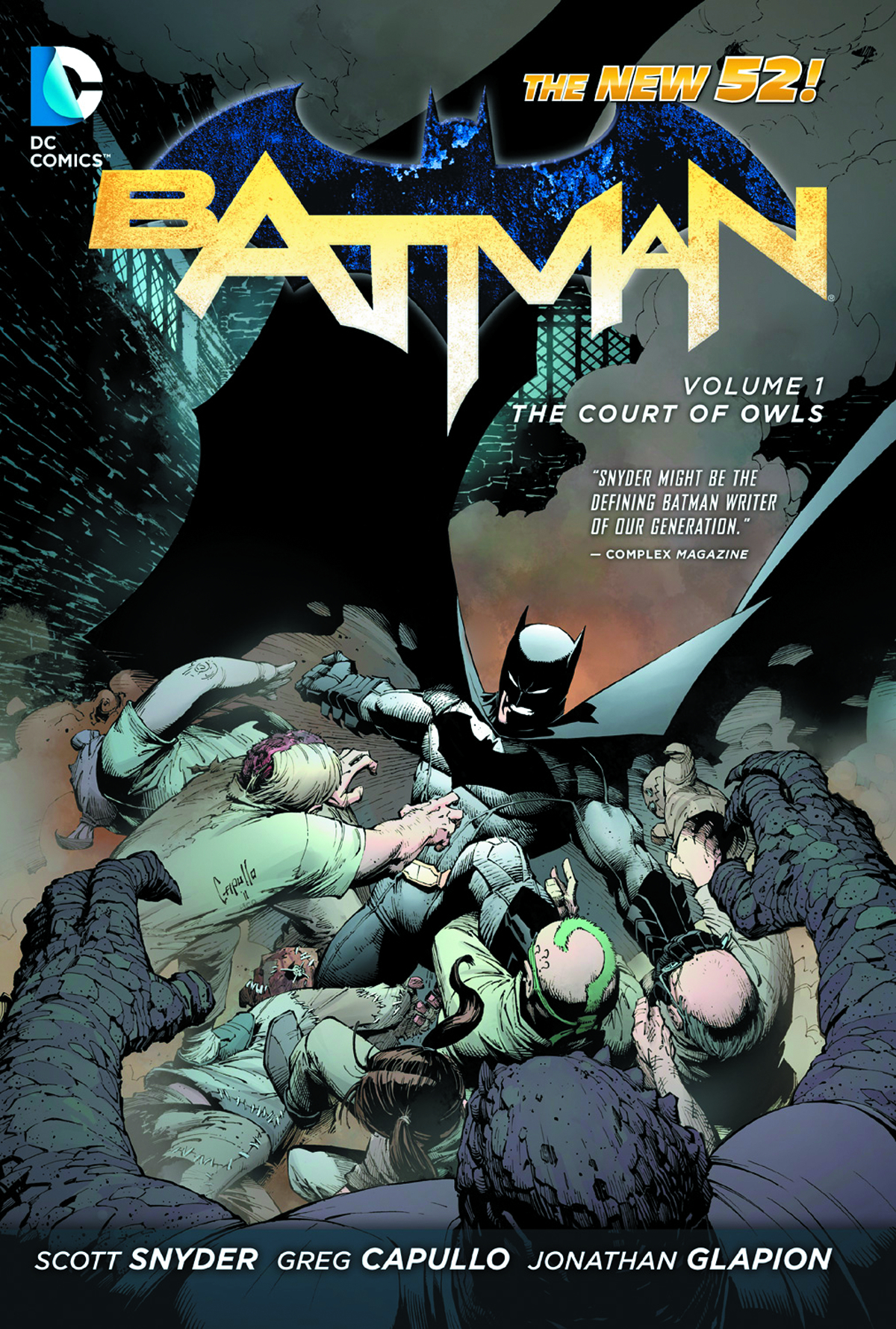 JAN120300
(W) Scott Snyder (A) Jonathan Glapion (A/CA) Greg Capullo
Following his groundbreaking, critically acclaimed run on DETECTIVE COMICS, writer Scott Snyder (American Vampire) begins a new era of The Dark Knight with artist Greg Capullo (Spawn) and a new beginning for BATMAN! In this hardcover collecting the first seven issues, a series of brutal murders rocks not only Gotham City to its core but also the Caped Crusader himself when the prime suspect is one of Batman's closest allies - Dick Grayson!
In Shops: May 09, 2012
SRP: $24.99
View All Items In This Series
ORDER WISH LIST