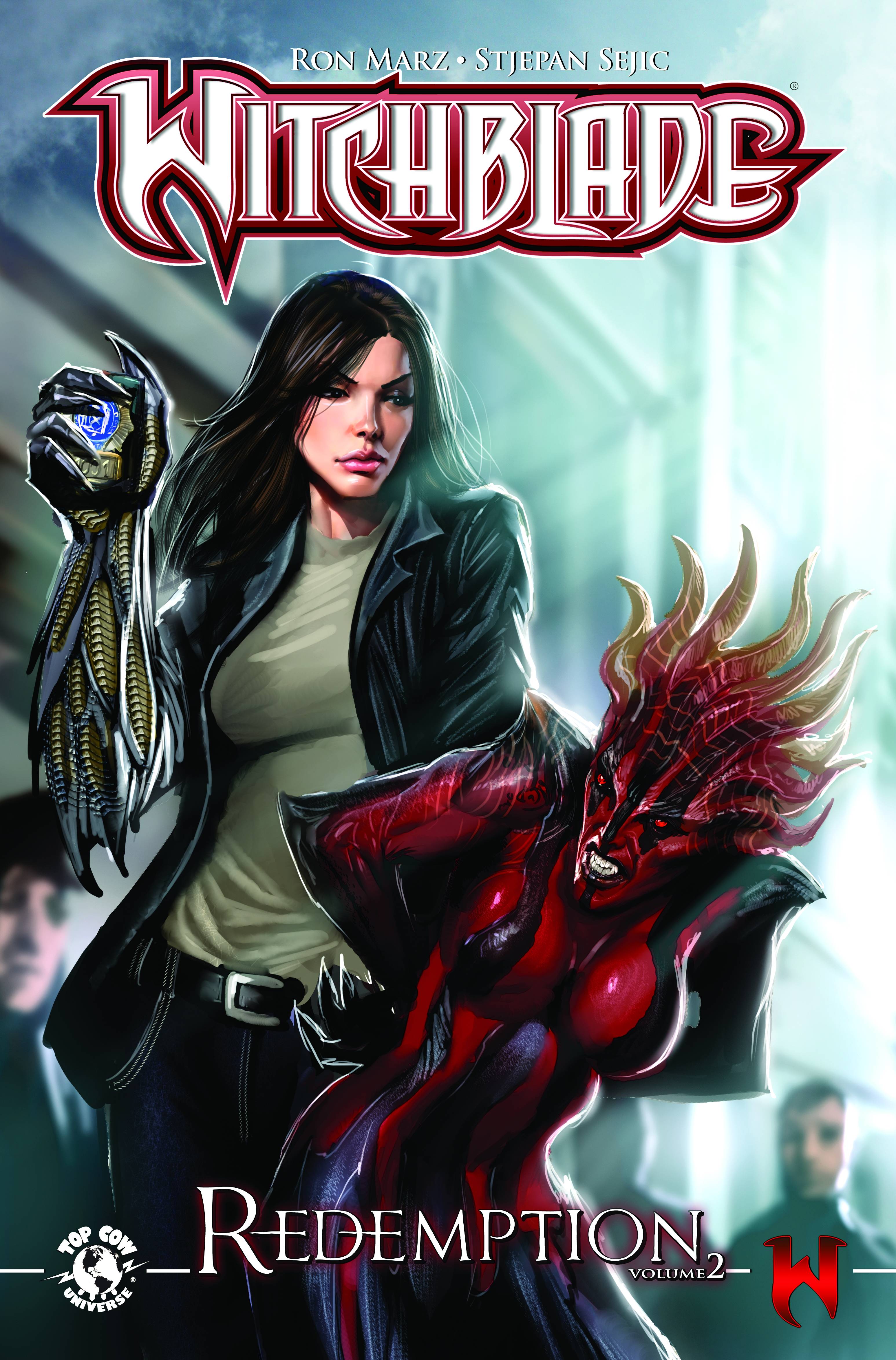 #
JAN110663
(W) Ron Marz, Saurav Mohapatra (A) Michael Gaydos (A/CA) Stjepan Sejic
Redemption Meets Artifacts! Sara Pezzini, current bearer of the Witchblade, has been to Hell and back. As she finally begins to get her private and work life back in order, the Universe decides it has other plans. Sara must help a kindred spirit in Abby van Alstine, the Necromancer, deal with her powers and mantle and then is dragged into the epic Artifacts storyline when her daughter Hope is taken and her sister Julie is killed by the same robotic assassin Sara let get away in the recent past.
Collected in this volume are a series of stand-alone Witchblade stories originally printed in issues #137-141 written by Top Cow architect Ron Marz (Artifacts, Magdalena) and featuring art by Stjepan Sejic (Angelus). Also included as a special bonus is Witchblade: Due Process by Top Cow Holiday Special team Phil Smith and Alina Urusov. Featuring behind-the-scenes sketches, script pages, and cover gallery by Sejic, Eisner award winner Michael Gaydos (Alias), Urusov and Randy Queen (Darkchylde).
In Shops: May 11, 2011
SRP: $16.99
View All Items In This Series
ORDER WISH LIST