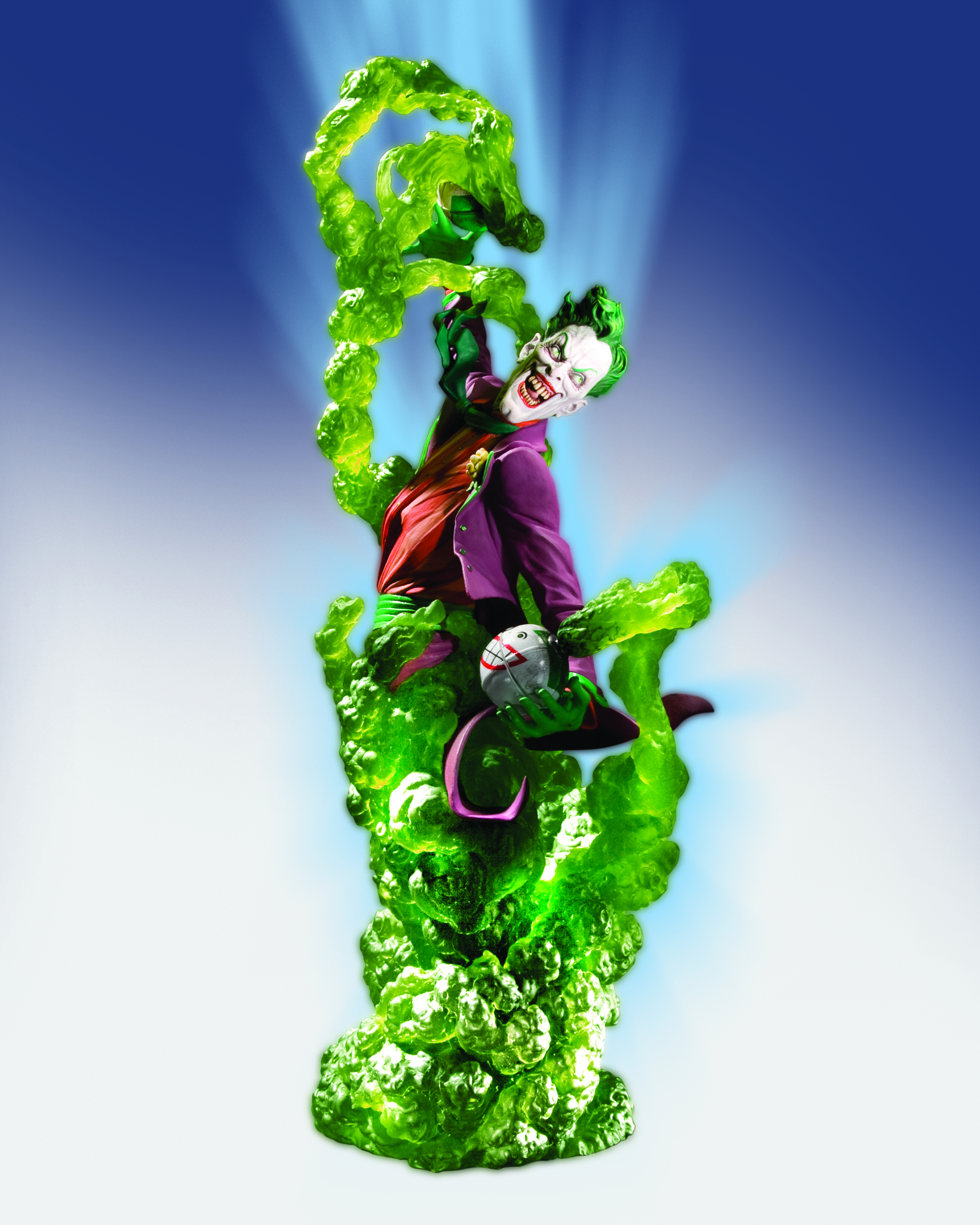 Award-winning sculptor Tim Bruckner has transformed his original designs of the most recognizable DC heroes into some of the most outstanding, upscale statues DC Direct has ever produced. Each statue features a base that captures the character's interaction with the surrounding environment.

In this eighth statue in the series, The Joker is surrounded by a cloud of smoke, delighting in his maniacal mischief as he throws Joker bombs about.