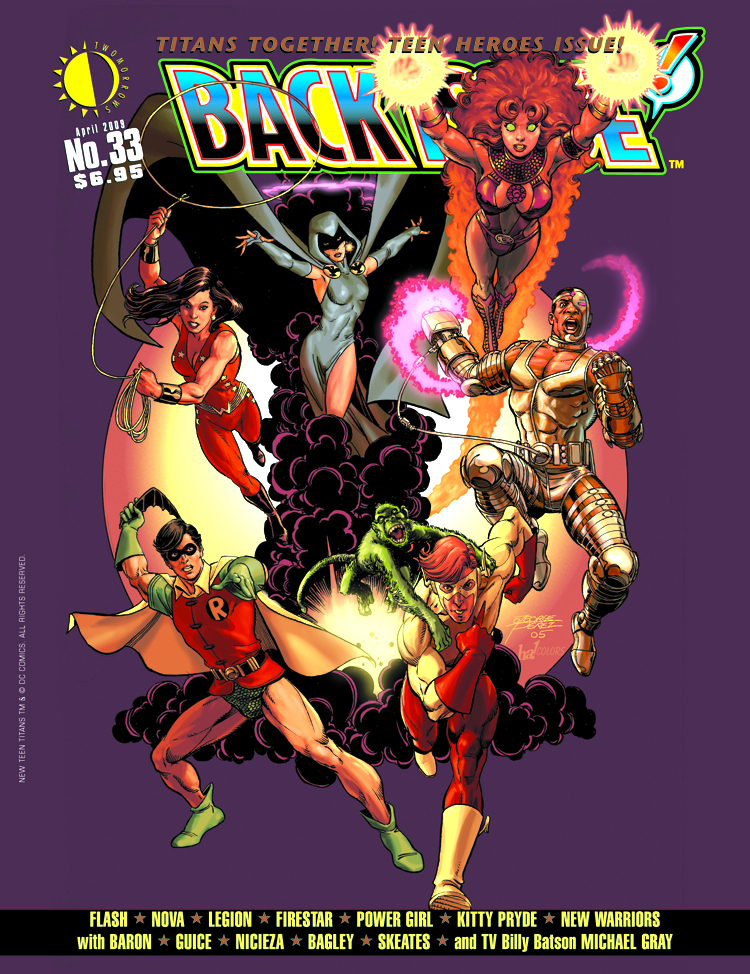 JAN094556
Get ready for action, angst, and acne as Teen Heroes crash Back Issue! Cover-featured are the Teen Titans, examined in their 1970's adventures and their fan-favorite 1980's revival, featuring the talents of Eduardo Barreto, Nick Cardy, Jos Luis Garcia-Lopez, George P rez, Bob Rozakis, George Tuska, and Marv Wolfman. Also, Mike Baron and Butch Guice talk "Pro2Pro" about The Flash' an interview with television's Billy Batson, actor Michael Gray; the second part of the Steve Skeates interview (continuing from Alter Ego #84); histories of Firestar, Kitty Pryde, Nova, and Power Girl; a star-studded art gallery of the Legion of Super-Heroes; and more! All this comes behind an incredible New Teen Titans cover by George P rez, colored by Gene Ha!