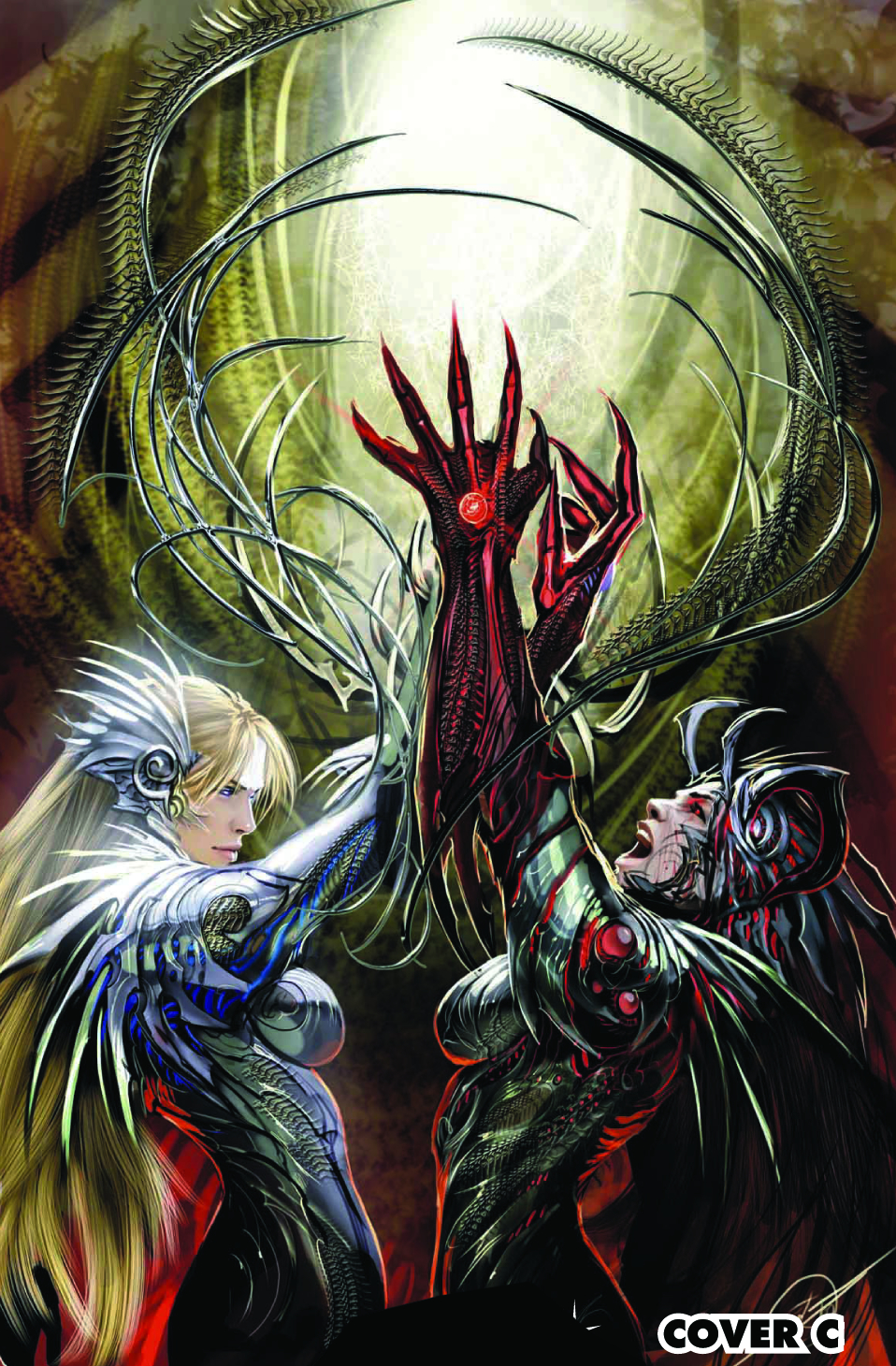 One of the longest-running series in comics reaches a milestone: 125 issues and still going strong! There's no better way to mark this occasion than with the start of the biggest Witchblade story arc ever!
For more than a year now, the Witchblade has been split between two bearers-NYPD Detective Sara Pezzini and dancer Danielle Baptiste-and they have coexisted peacefully. But that's all about to end.
Beginning in this issue, the six-part "War of the Witchblades" arc will change Sara, Dani and the Witchblade forever. Sara has been Dani's friend and mentor, but now she becomes her bitter enemy. By the end of the storyline, only ONE bearer will remain.
The critically acclaimed team of writer Ron Marz and artist Stjepan Sejic is joined by cover artist Chris Bachalo (Uncanny X-Men, Amazing Spider-Man), who contributes a two-part cover of Sara and Dani.