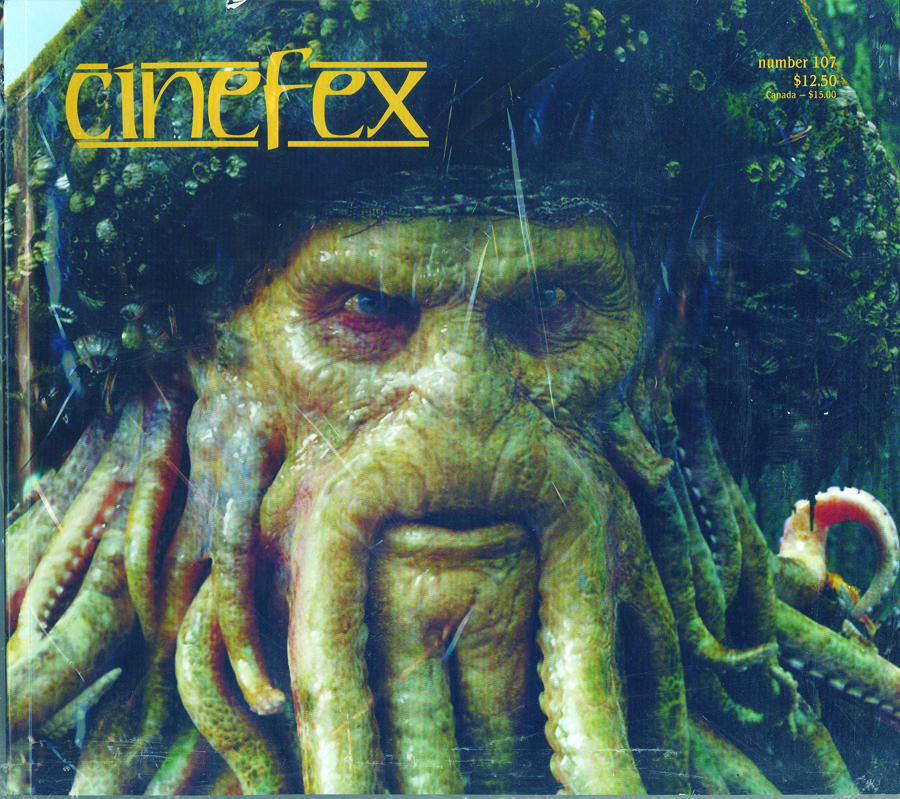 JAN074046
This issue takes a look at 300,  Frank Miller's graphic novel, about the Battle of Thermopylae, in which 300 Spartans battled to the death against a massive Persian army, and comes to the screen in a film directed by Zack Snyder. As with the Sin City, the previous Frank Miller movie adaptation, 300 features live actors filmed against bluescreen and composited into computer-generated sets and environments. Plus, Ghost Rider, Zodiac, Pan's Labryrinth, Mel Gibson's Mayan epic, Apocalypto, and makeup master Rick Baker's disguising of Eddie Murphy in Norbit.