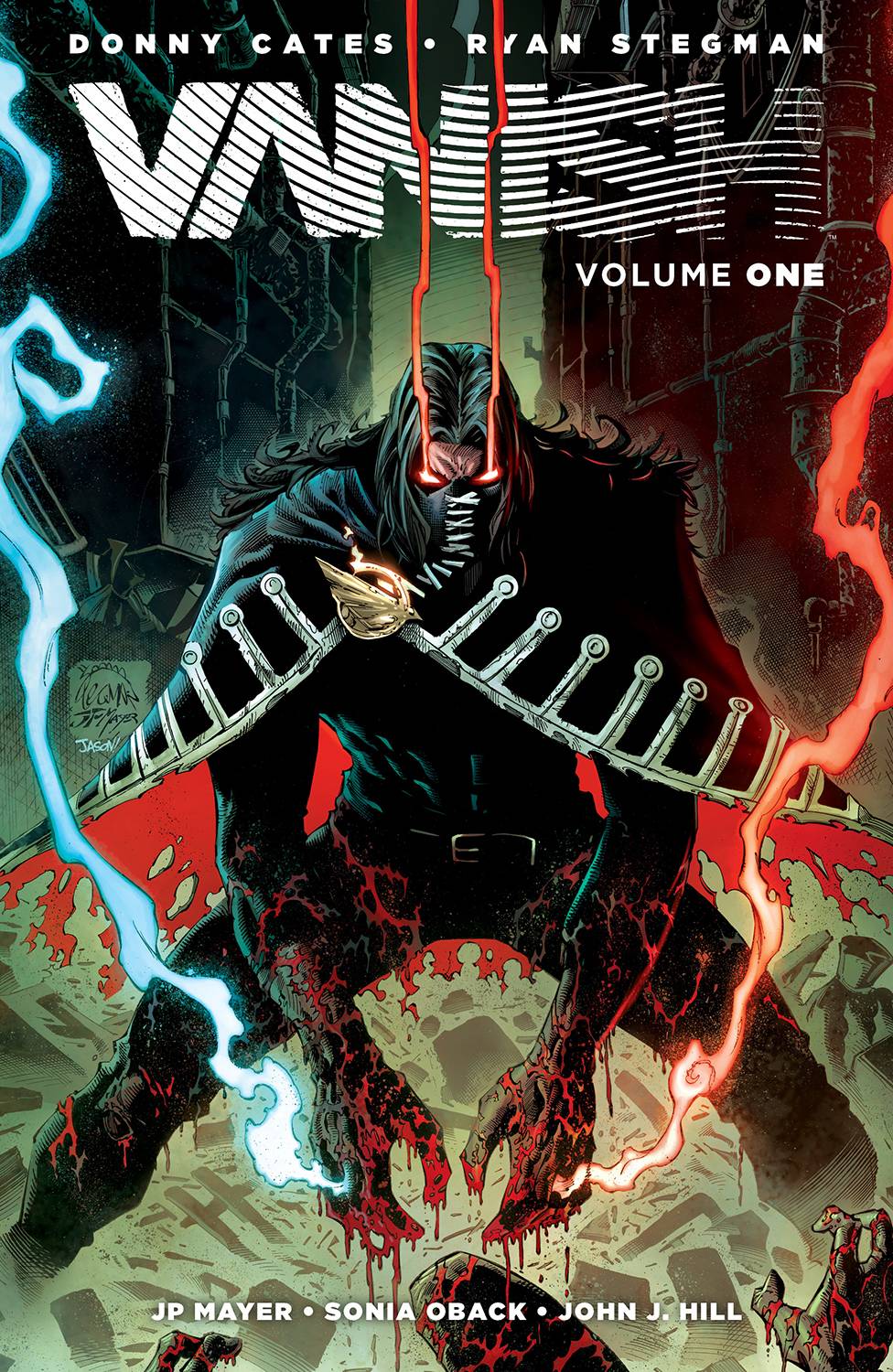 #
FEB230093
(W) Donny Cates (A) J. P. Mayer, Sonia Oback, John J. Hill (A/CA) Ryan Stegman
Oliver Harrison was a mythical hero who slayed the greatest threat to his realm before even hitting puberty. But that was then.
As an adult, Oliver leads an average cookie-cutter suburban life-aside from the fact that he's mentally unstable, massively paranoid, smokes like a chimney, and gets blackout drunk every night to hide from his horrific nightmares. Will the arrival of a superhero team called the Prestige prove the madness isn't all in Oliver's head? And what about all the epic fantasy crap from his childhood?
Join us for a brutal as hell tale of magical worlds, gifted youth, evil sorcerers, superheroes, war, blood, guts, and death that punches you right in the face!
From DONNY CATES (CROSSOVER, GOD COUNTRY, King In Black, Venom), RYAN STEGMAN (Venom, King In Black), JP MAYER (Absolute Carnage, Fantastic Four), SONIA OBACK (Amazing Spider-Man: Renew Your Vows, Han Solo), and JOHN J. HILL (CROSSOVER, Harley Quinn), the all-star creative team that brought you Venom, comes an all-new take on the classic hero's quest!
Collects VANISH #1-4
In Shops: Apr 12, 2023
SRP: $14.99
View All Items In This Series
PREORDER SUBSCRIBE WISH LIST