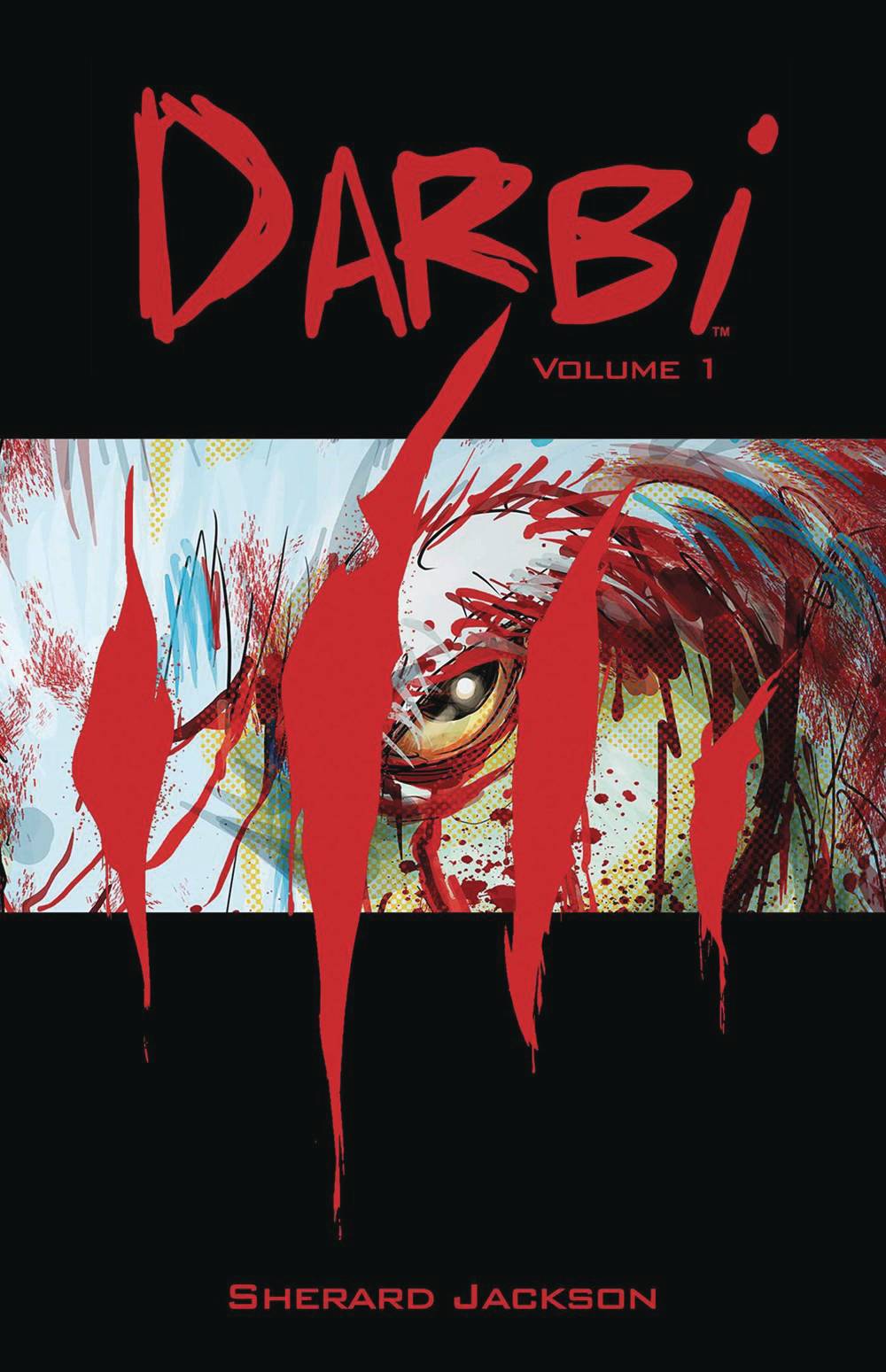 #
FEB221665
(W) Sherard Jackson (A/CA) Sherard Jackson
DARBI features the misadventures of a bloodthirsty baby T-rex and his family as they fight for survival in a savage land. In the first arc, "Everything Hates You", Darbi fights off pteranodons, or as Darbi likes to call them, "posers", so that he can make it home to find his family. Darbi's second arc, "Blooded", dives into his origin story. Readers will meet Darbi's adopted family for the first time and we learn how he got his scars (both real and metaphorical). Finally, in "Cretaceous Boogaloo", Darbi and Pete must escape capture from the "Bangers" (Dakotaraptors), who have our heroes hostage as a part of their mating ritual.

Darbi started as an acclaimed webcomic that has grown into a cult sensation. Combining the humor of series such as South Park and the violence of Jurassic World, Darbi occupies a space of its own.

Sherard Jackson's hilarious and ultraviolent webcomic Darbi features the misadventures of a bloodthirsty baby T-Rex and his family as they fight for survival in a savage land. Volume 1 collects the first 3 arcs: "Everything Hates You", "Blooded", and "Cretaceous Boogaloo".
In Shops: Mar 30, 2022
SRP: $19.99
ORDER WISH LIST