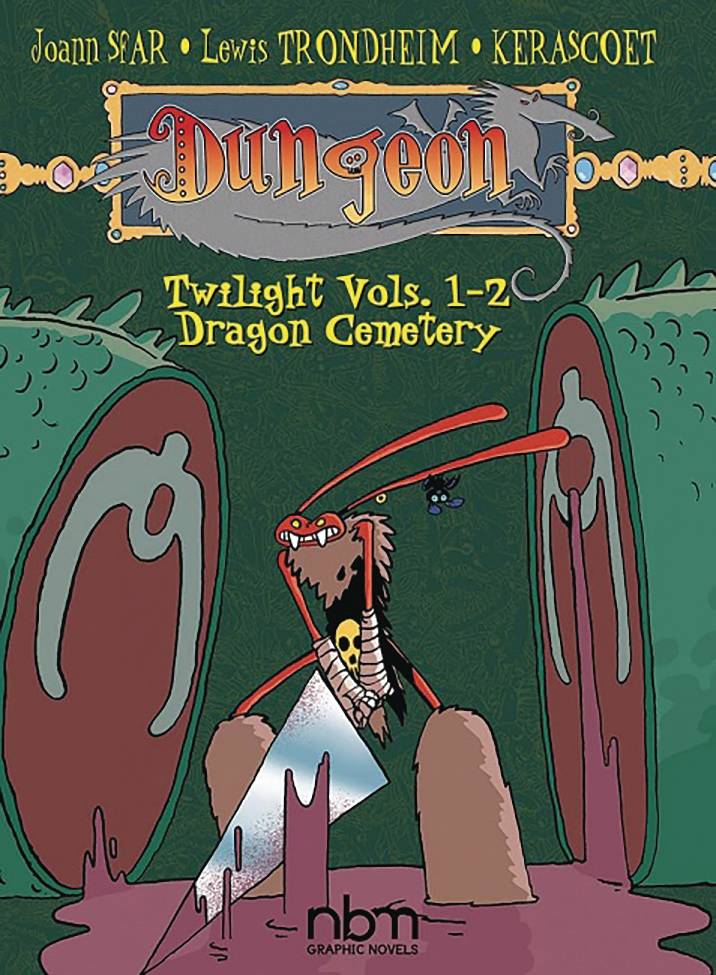 #
FEB221580
(W) Joann Sfar (A) Lewis Trondheim
Collecting the first 4 stories of Twilight.
The planet Terra Amata, on which Dungeon resides, has stopped turning. On one side, total darkness and absolute coldness; on the other, a searing desert and eternal day. The survivors live on a thin slice of earth where day and night meet. A territory known as TWILIGHT. Welcome to the third facet of the Dungeon world, its dark downfall. Marvin, now old and blind, sensing his end, goes on a long trek to the legendary cemetery of dragons. And then, saved at the last minute from certain death in a duel by his young warrior admirer Marvin the Red, he simply cannot be let to die like he wishes! Whatever he loses, he regains in different powers. He's even become invincible. It's to the point where he'd rather exchange body parts to get back his mortality! But then he is led to a discovery that may make continuing to live actually worth it
In Shops: Jun 01, 2022
SRP: $19.99
ORDER WISH LIST