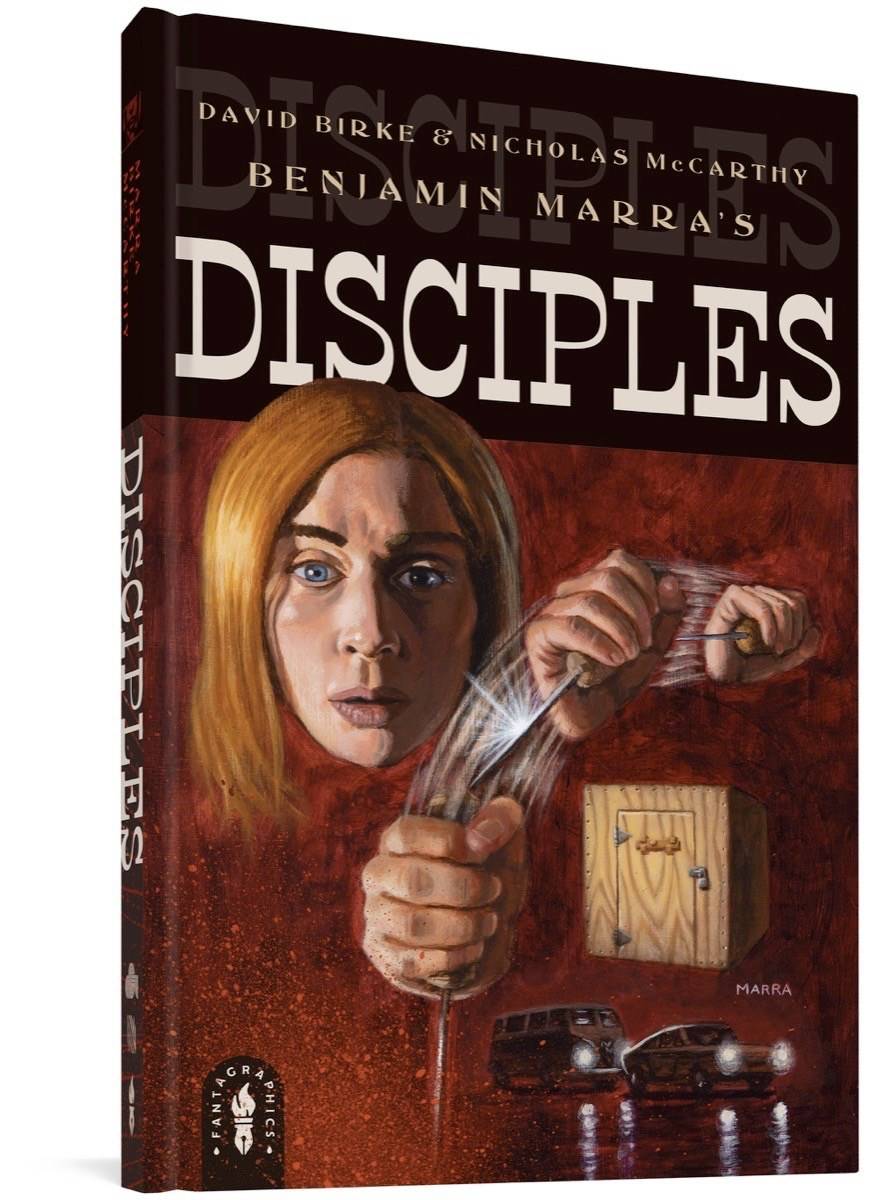 
From Clara's mysterious reappearance in Death Valley, Disciples cuts to the present day, where stories of "The California Cult" and its enigmatic - and never-caught - leader, Billy Joe, are as much a part of the popular culture as the Manson Family. Clara, the lone survivor of the cult, has adopted a new identity to protect her and her daughter, Wren. And she mostly does, until one night when the past and present horrifically collide.
Disciples is a seamless collaboration between cartoonist Ben Marra and filmmakers David Birke and Nicholas McCarthy. Birke and McCarthy's script celebrates and reinvents a cult film ethos. It combines the best of 1970s era eerie-thriller-terror movies in a fresh and revelatory way, similar to how Marra has continued/reinvented the work of Abel Ferrara and George Cosmatos in graphic novels like Night Business.
In Shops: Jun 01, 2022
SRP: $24.99
ORDER WISH LIST