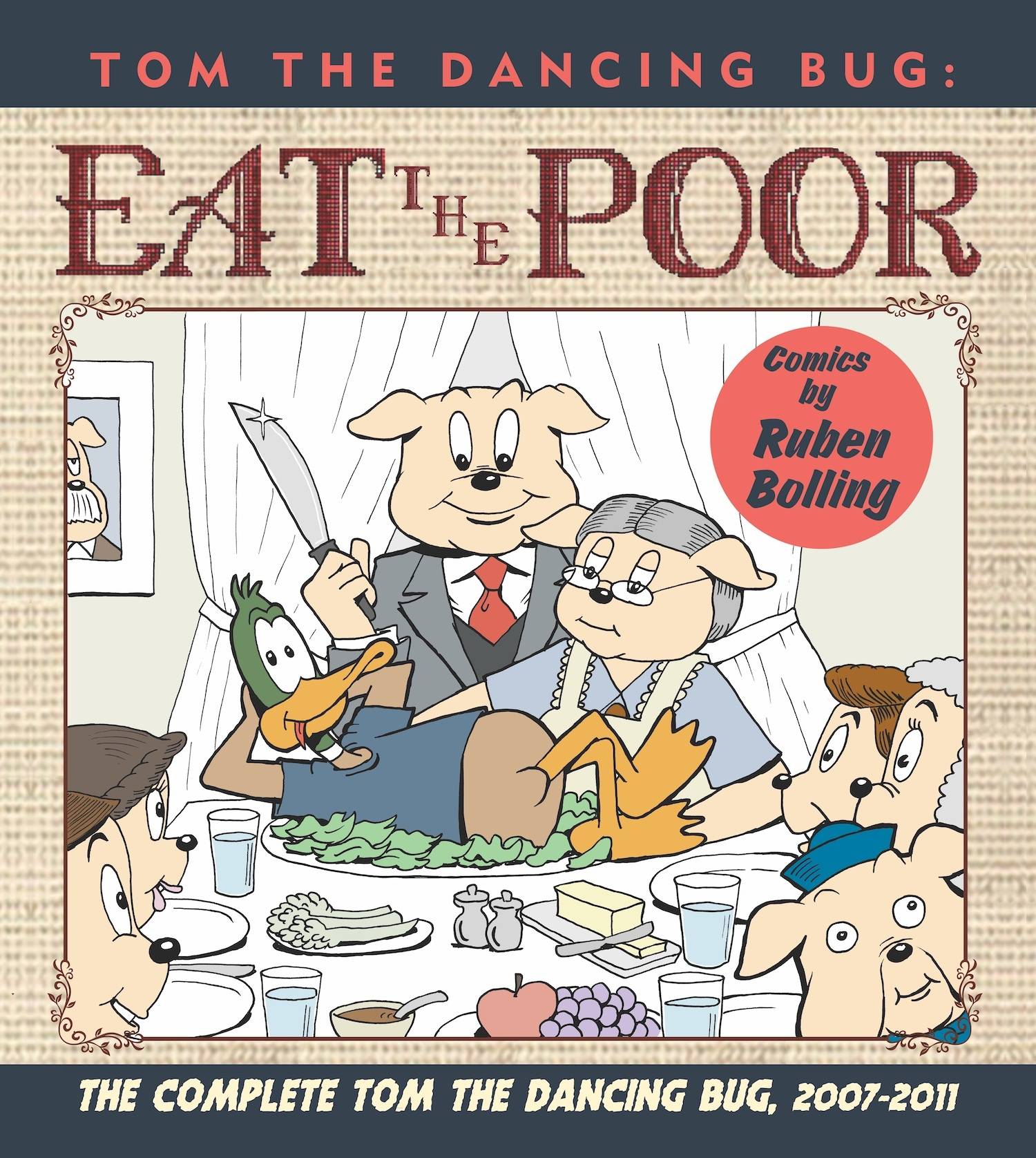 #
FEB221359
Clover Press's Complete Tom the Dancing Bug program marches on with the fifth chronological volume (and third volume published to date), covering every installment of the award-winning (and two-time Pulitzer Prize Finalist) comic strip, from 2007-2011. This volume covers the years of Obama's election and The Great Recession, with a particular focus on Lucky Ducky, "the Poor Little Duck Who's Rich in Luck." But the topics also range far from the political and topical, into waffle irons, drunk shirtless guys, and particle accelerators. And of course, it also features Tom the Dancing Bug favorites like God-Man, Super-Fun-Pak Comix, Billy Dare, Boy Adventurer, and Charley the Australopithecine. It also includes other comics Ruben Bolling created during those years: a Recession-themed comic created for Harper's Magazine; and the legendary, insane Toy Story/Cormac McCarthy mashup he did for The Village Voice.
In Shops: Jun 15, 2022
SRP: $24.99
ORDER WISH LIST