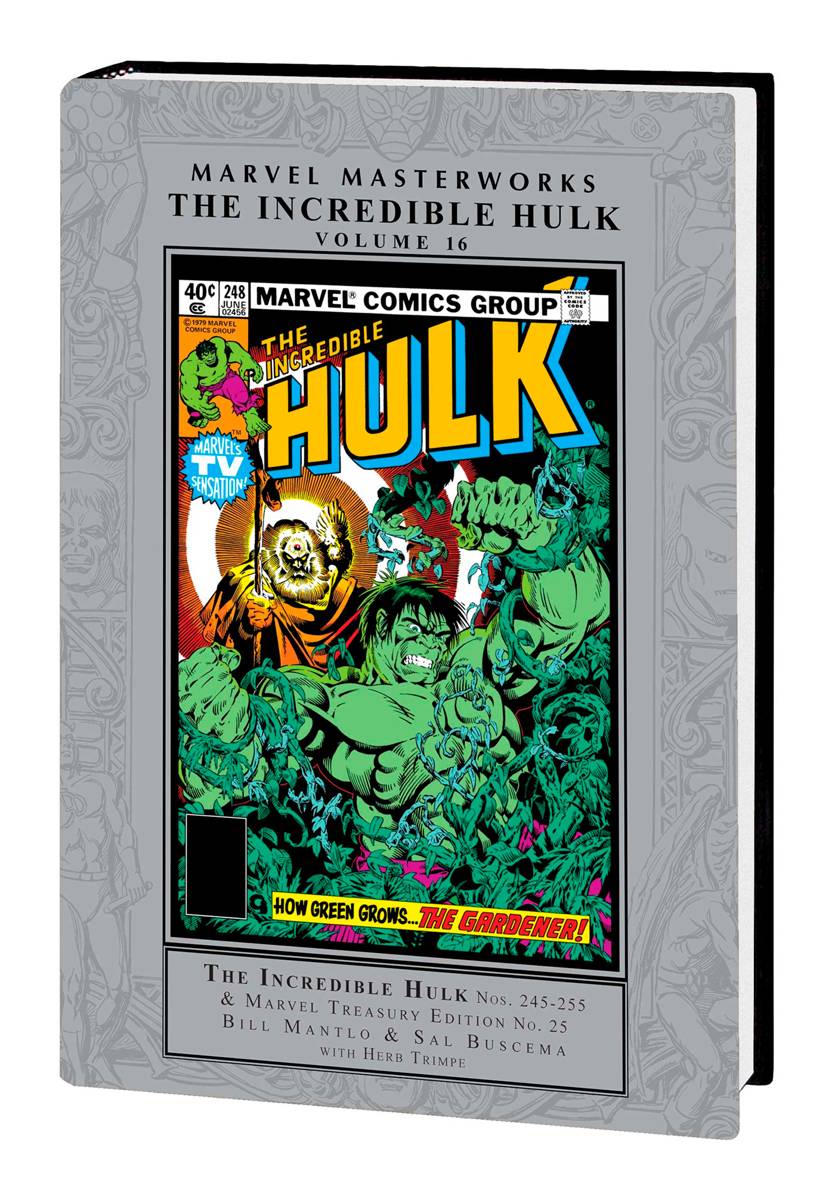 #
FEB221049
(W) Various, Bill Mantlo (A) Various, Sal Buscema (CA) Michael Golden
The Masterworks rampage into the incredible Bill Mantlo era of Hulk! Mantlo's five-year run redefined comics' meanest, greenest goliath - and it all kicks off when the Hulk unleashes his rage on Gamma Base! By the time the dust settles, Hulk will find himself exiled to Jarella's world, where he crosses paths with the cosmic Gardener, wielder of an Infinity Gem! Then it's back to Earth for a chilling fight against Jack Frost in a tale drawn by the legendary Steve Ditko. A double-sized 250th issue features a team-up and tussle with the Silver Surfer, after which Hulk faces a "Trial by Monster" when he finds himself in the middle of a civil war between monster men! The indelible art of Sal Buscema makes page after page a Marvel Masterwork! Collecting INCREDIBLE HULK (1968) #245-255 and MARVEL TREASURY EDITION #25.
Rated T
In Shops: Oct 26, 2022
SRP: $75.00
View All Items In This Series
ORDER SUBSCRIBE WISH LIST