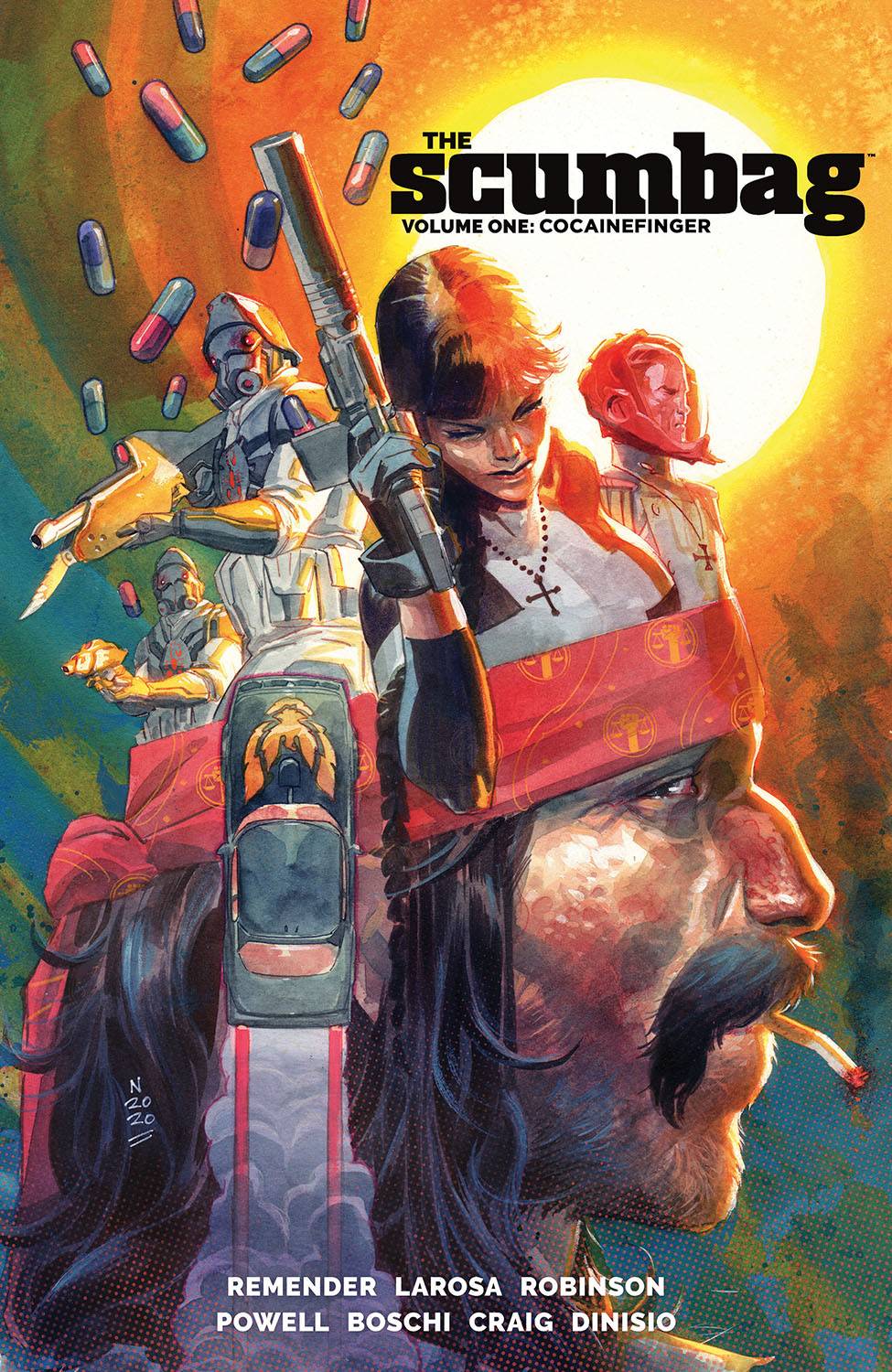 #
FEB220142
(W) Rick Remender (A) Lewis LaRosa, Andrew Robinson, Eric Powell, Roland Boschi, Wes Craig, Moreno DiNisio (CA) Nic Klein
The fate of the world rests in the hands of the worst person on it! From New York Times best selling writer RICK REMENDER and a murderers' row of all-star artistic talent, comes the story of Ernie Ray Clementine - a profane, illiterate, drug-addicted biker with a fifth-grade education accidentally received a power-imbuing serum making him the world's most powerful super spy. He is a relic of a bygone era, the living embodiment of sex, drugs, and rock and roll - so, this doesn't make things easy for the spy organization that needs his help as they bribe, cajole, and manipulate him to choose between his own self-interests and doing what's right. Collects THE SCUMBAG #1-5.
In Shops: Mar 16, 2022
SRP: $9.99
View All Items In This Series
PREORDER SUBSCRIBE WISH LIST