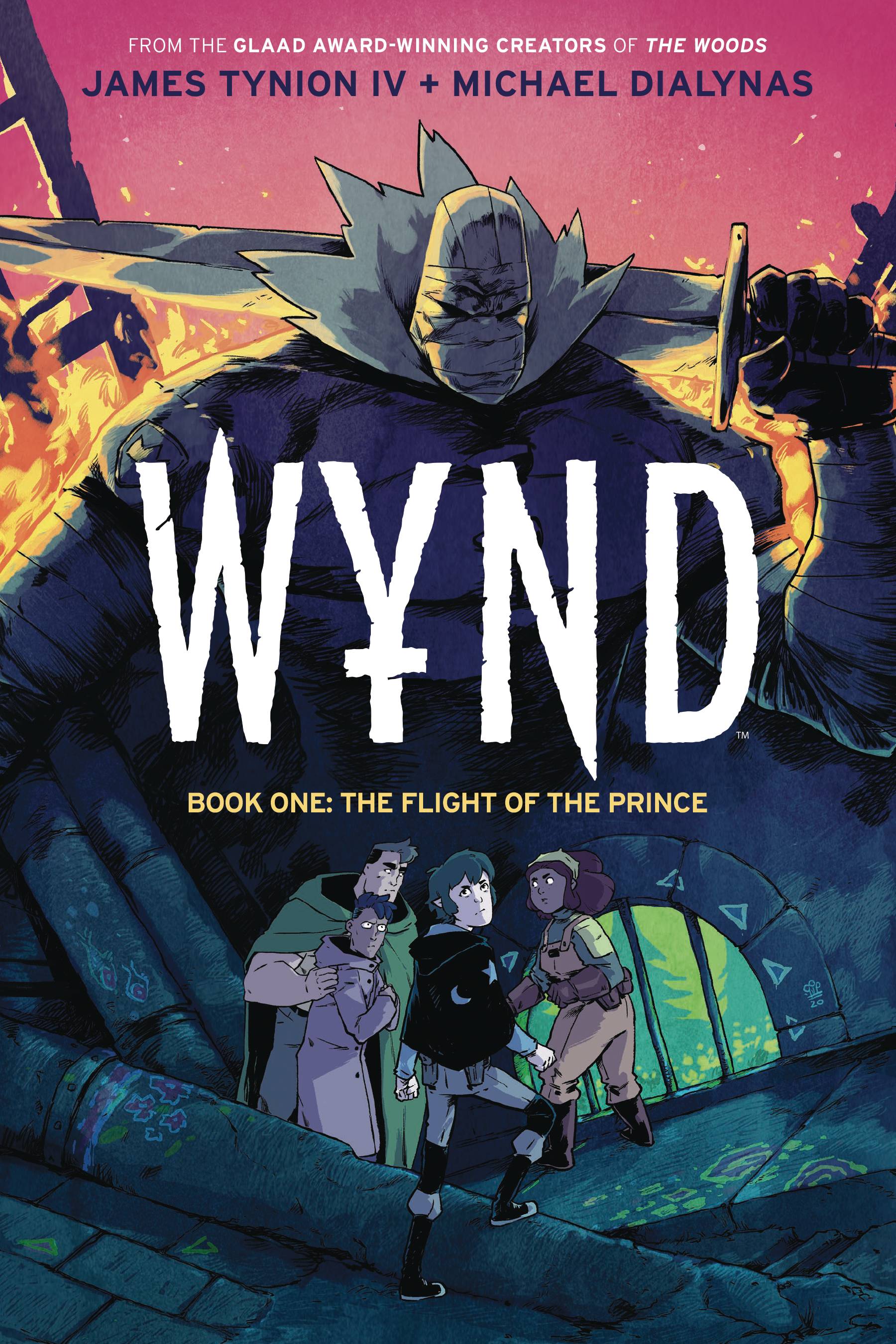 #
FEB210913
(W) James TynionIV (A) Michael Dialynas (CA) Simone Di Meo
* Wynd lives a quiet life in Pipetown - working at the local tavern, out of sight in the secret rooms beneath the floorboards, often stealing away to catch glimpses of the son of the castle's groundskeeper as he works.
* But Wynd also has a secret... magical blood betrayed by his pointed ears, forbidden within the city limits.
* Joined by his best friend Oakley and Thorn, the groundskeeper's son, Wynd's strange dreams and an encounter with the city guard send him on the most dangerous adventure he could imagine, where Wynd will discover the magic in the world around him and, most importantly, the magic within himself.
* Collects Wynd #1-5.
In Shops: May 05, 2021
SRP: $14.99
View All Items In This Series
ORDER SUBSCRIBE WISH LIST