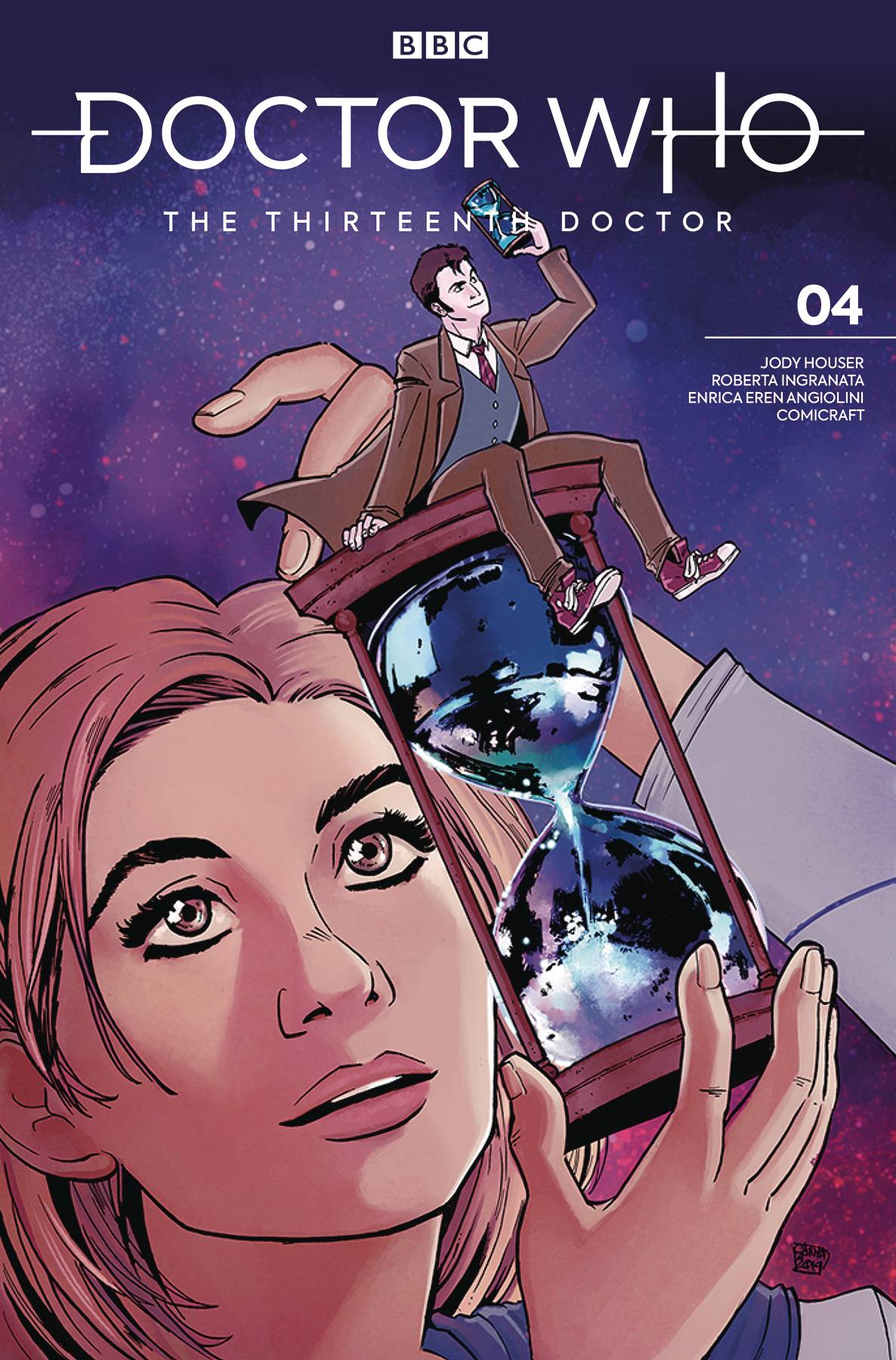 #
FEB202015
(W) Jody Houser (A) Roberta Ingranata (CA) Sanya Anwar
It all ends in a... blink!? With the Tenth and Thirteenth Doctors finally together, they might actually stand a chance of surviving the swinging sixties. But with Weeping Angels surrounding the Tardis, and Autons not far behind, temporal paradoxes might be the least of their worries!
Climactic conclusion to the first arc of the Tenth and Thirteenth Doctor team-up by Eisner-nominated writer Jody Houser and Witchblade artist Roberta Ingranata.
In Shops: May 20, 2020
SRP: $3.99
View All Items In This Series
ORDER SUBSCRIBE WISH LIST