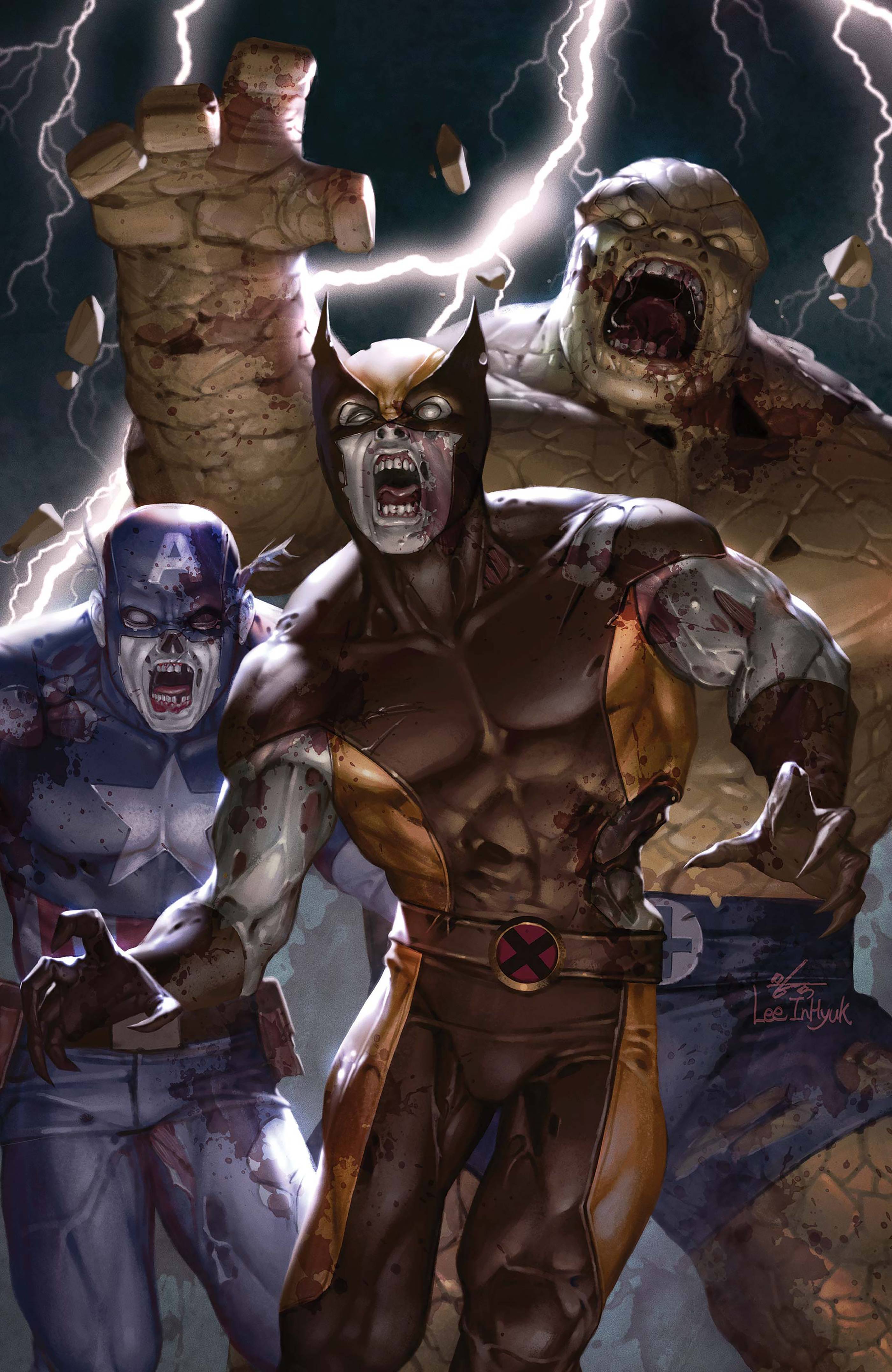 #
FEB200805
(W) Mark Millar, Robert Kirkman (A) Greg Land, Sean Phillips (CA) Inhyuk Lee
The relentless Marvel Zombies rise from the dead as we celebrate the legacy of the House of Ideas with the era-spanning MARVEL TALES! This anthology series shines a spotlight on fan-favorite characters, features timeless stories and highlights some of our most impressive talent from the past eight decades. When the Reed Richards of the Ultimate Universe makes contact with his counterpart from another Earth, it looks like a marvelous crossover - until the terrifying truth is revealed! The Ultimate FF face a truly frightful foursome in ULTIMATE FANTASTIC FOUR #21-23 by Mark Millar and Greg Land! Then the full horror is unleashed in MARVEL ZOMBIES (2005) #1 by Robert Kirkman - the superstar writer of The Walking Dead - and artist Sean Phillips! Can even the mutant master of magnetism, Magneto, survive in a devastated world against a horde of undead super heroes?
Rated T+
In Shops: Oct 07, 2020
SRP: $7.99
ORDER WISH LIST