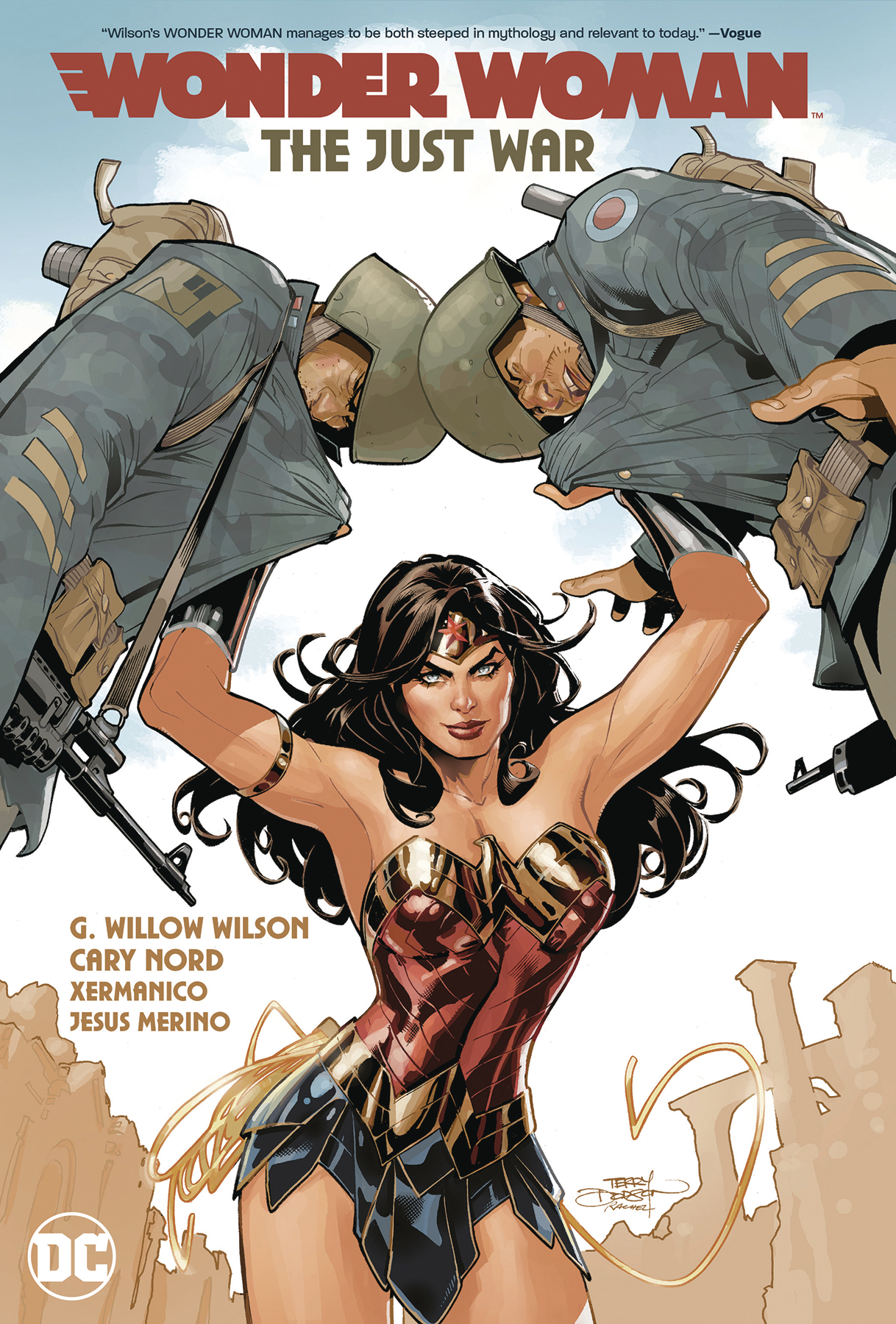 FEB200586
(W) G. Willow Wilson (A) Cary Nord, Xermanico, Jesus Merino, Others (CA) Terry Dodson, Rachel Dodson
Far below Themyscira, Ares, the god of war, has been imprisoned for generations, repenting his past sins. But his new cellmate Grail may have an unexpected effect on him... and the plan they've come up with threatens to change Themyscira-and the world-forever! When Wonder Woman rushes to eastern Europe to rescue Steve Trevor from a mission gone wrong, she'll find herself face to face with a very new, very different god of war. It's true, Ares has been reborn on Earth-but has he changed forthe better? Of all the role models in the world, he seems to have chosen...Wonder Woman?! Diana and Steve Trevor better watch their backs, because Ares isn't the only creature of myth to find his way to Man's World...and he's not the only resurrected Olympian either. Collects Wonder Woman #58-65.
In Shops: Jun 03, 2020
SRP: $19.99
View All Items In This Series