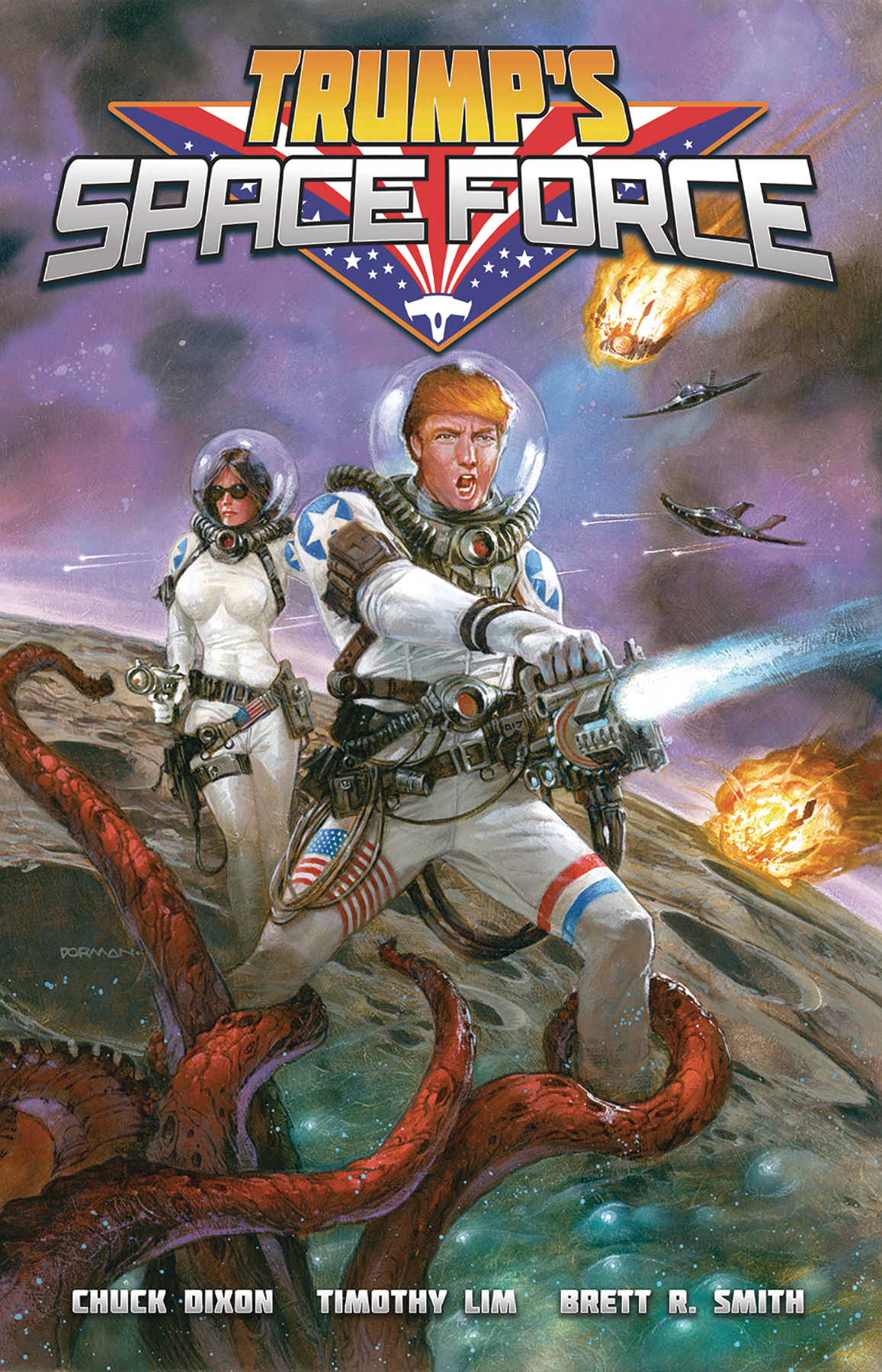 FEB191420
(W) Chuck Dixon (A) Timonthy Lim
The Celestial Peacekeeping Astral Coalition contacts the President of the United States to deliver a dire warning: Earth is in danger of takeover by another group of aliens from somewhere in the far left wing of the galaxy.  This insidious force, the Sienn'en, have an armada ready to invade Earth for its resources.  But with the CPAC's help, Trump puts together an team ready to take the battle into orbit and beyond!  A force to make space great again!
In Shops: May 01, 2019
SRP: $4.99