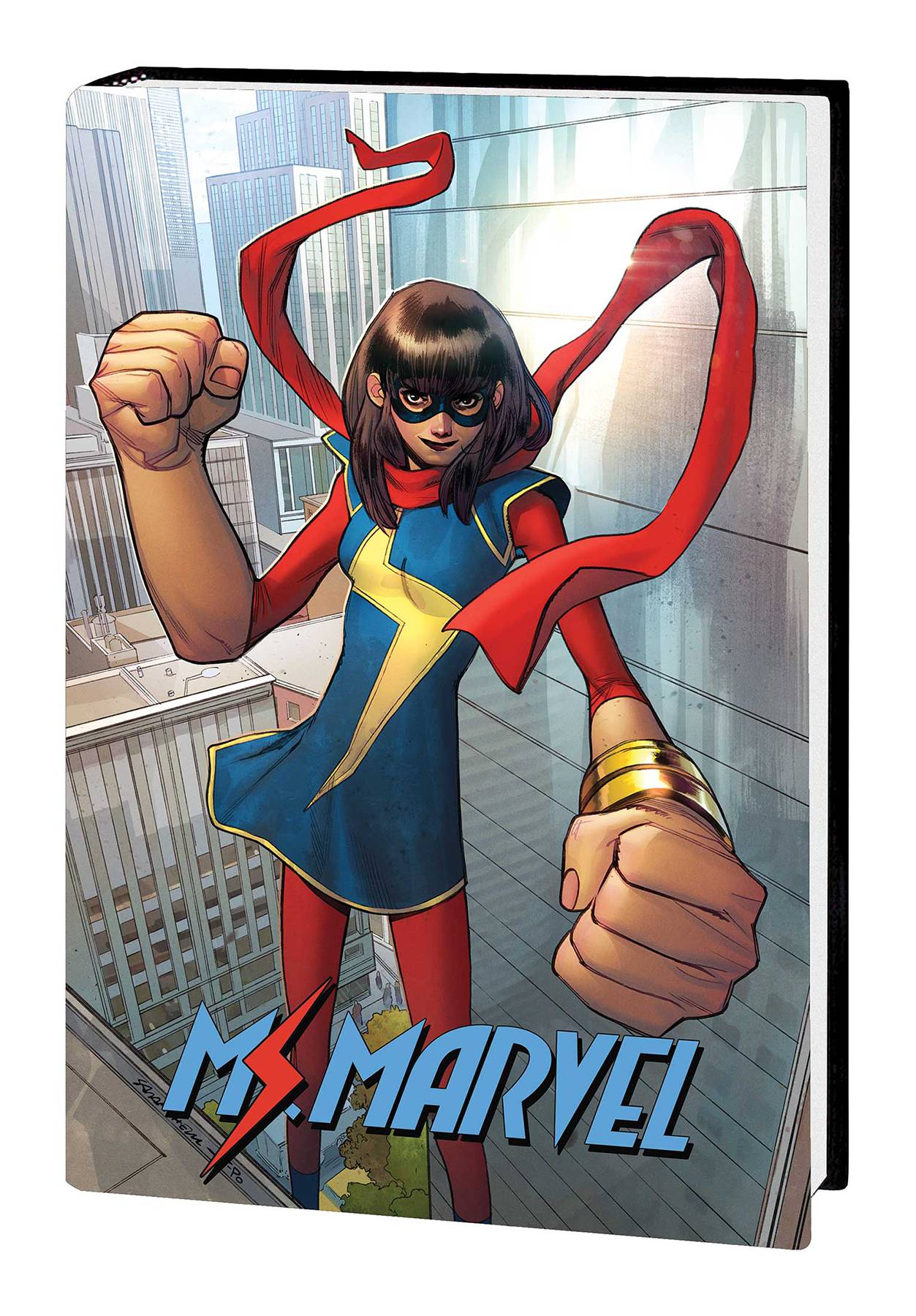 #
FEB190983
(W) G. Willow Wilson, Saladin Ahmed, More (A) Nico Leon, Elmo Bondoc, More (CA) Sara Pichelli
G. Willow Wilson bids a fond farewell to Kamala Khan as her sensational five-year MS. MARVEL run comes to a close! But where is our heroine? Kamala has vanished, but Jersey City still has a need for heroes! The city's newest crimefighter, Red Dagger, and even ordinary citizens attempt to carry on the brave fight in Ms. Marvel's honor. But when an old enemy re-emerges, will anyone be powerful enough to truly carry the legacy - except Kamala herself? Plus: Calamity strikes during a slumber party! Bruno returns! And he and Kamala must work out how to be friends again! What better way than a little scientific research into Kamala's powers? But when the experiment goes awry, can Ms. Marvel pull herself together in time to triumph over a classic Marvel villain? Collecting MS. MARVEL (2015) #25-38.
Rated T+
In Shops: Aug 14, 2019
SRP: $34.99
View All Items In This Series
ORDER SUBSCRIBE WISH LIST