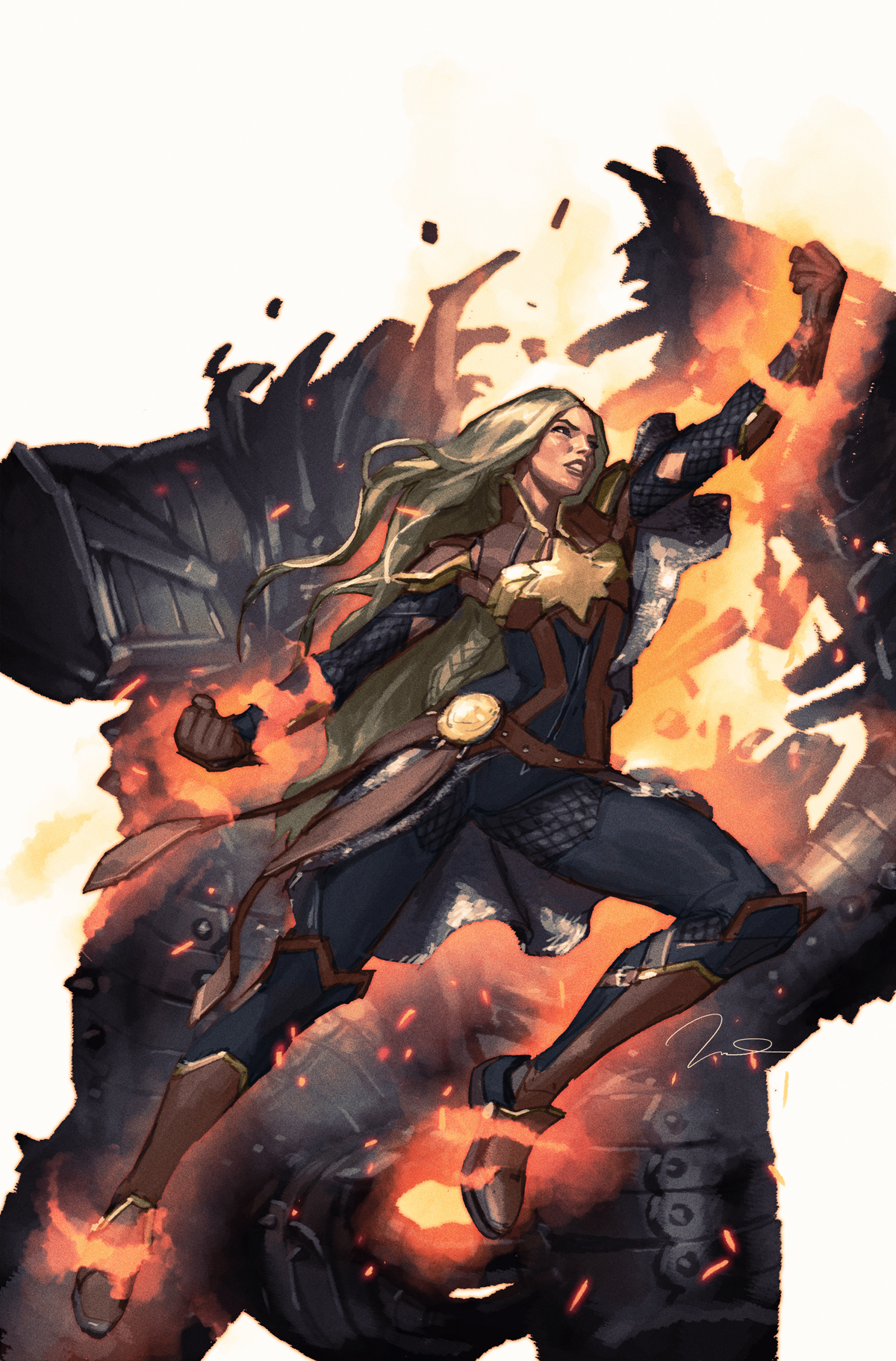 FEB190875
(W) Kelly Thompson (A) Carmen Nunez Carnero (CA) Gerald Parel
THE KNOCK-DOWN, DRAG-OUT FIGHT YOU CAN'T MISS!
Nuclear Man reveals his secret weapon: The X-Man ROGUE! It's been years since Rogue stole Carol's powers and memories in a fight that changed Carol forever. Though Carol and Rogue have become somewhat uneasy allies in the years since, a wound like that never fully heals. And now, isolated from her allies and facing her worst nightmare, how far will Carol go to stop history from repeating itself?
Rated T+
In Shops: Apr 10, 2019
SRP: $3.99
View All Items In This Series