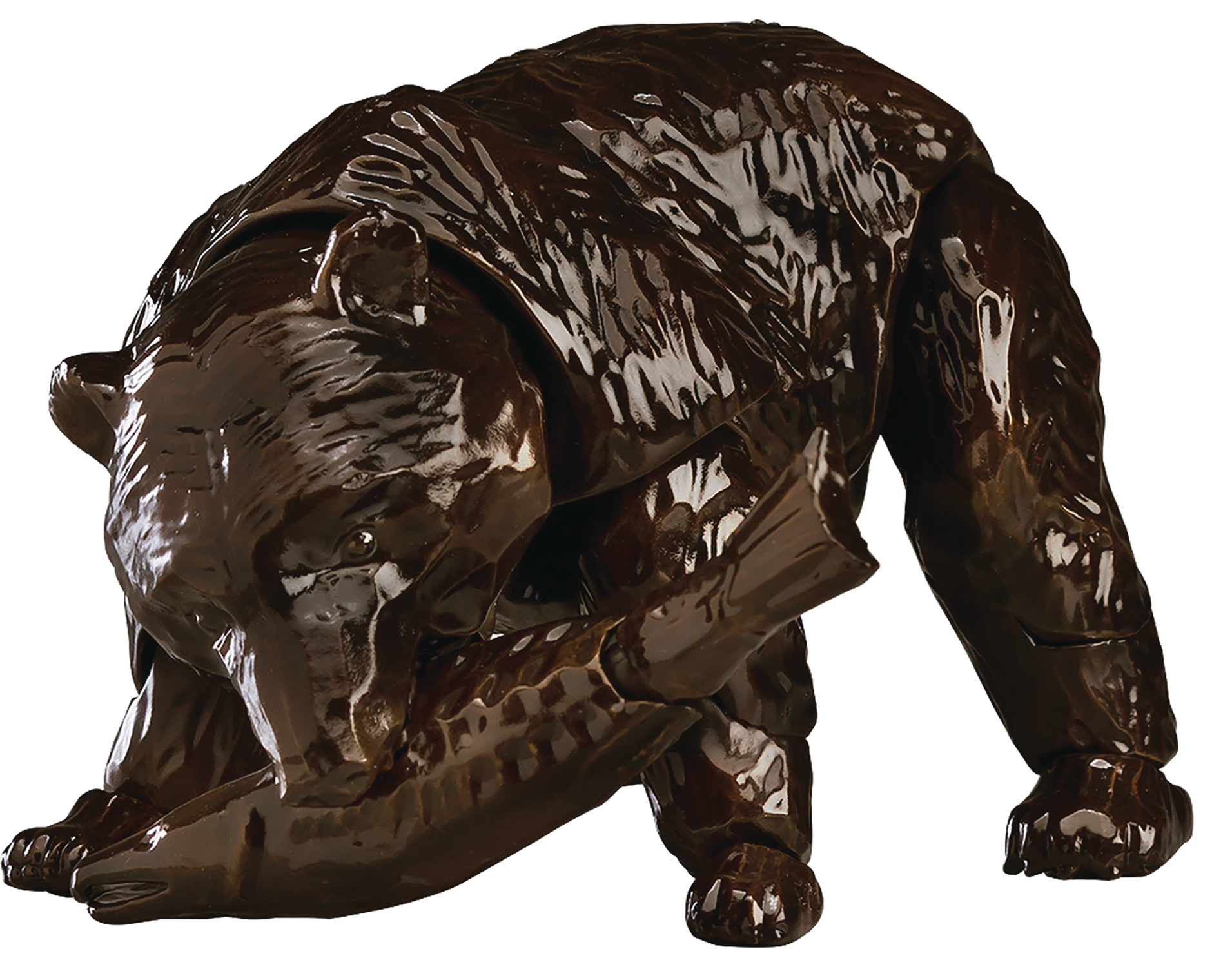 FEB188676
From MAX Factory. A wooden carving of a brown bear is often bought as a souvenier from Hokkaido in Japan, and now the traditional look of the carved bear has been converted into a figma action figure! The figma can be displayed in the traditional pose with a salmon in its mouth, or instead placed in all sorts of bear-like action scenes! The smooth yet posable figma joints allow you to act out a variety of ferocious bear scenes. The figma can even be displayed stnding upright on two legs for a variety of bear-like poses! The jaw is articulated allowing a salmon to be placed in the mouth, as well as allowing for roaring poses. Three sets of front paw parts are included for different posing opportunities. A salmon part is also included and features special tail fin articulation!