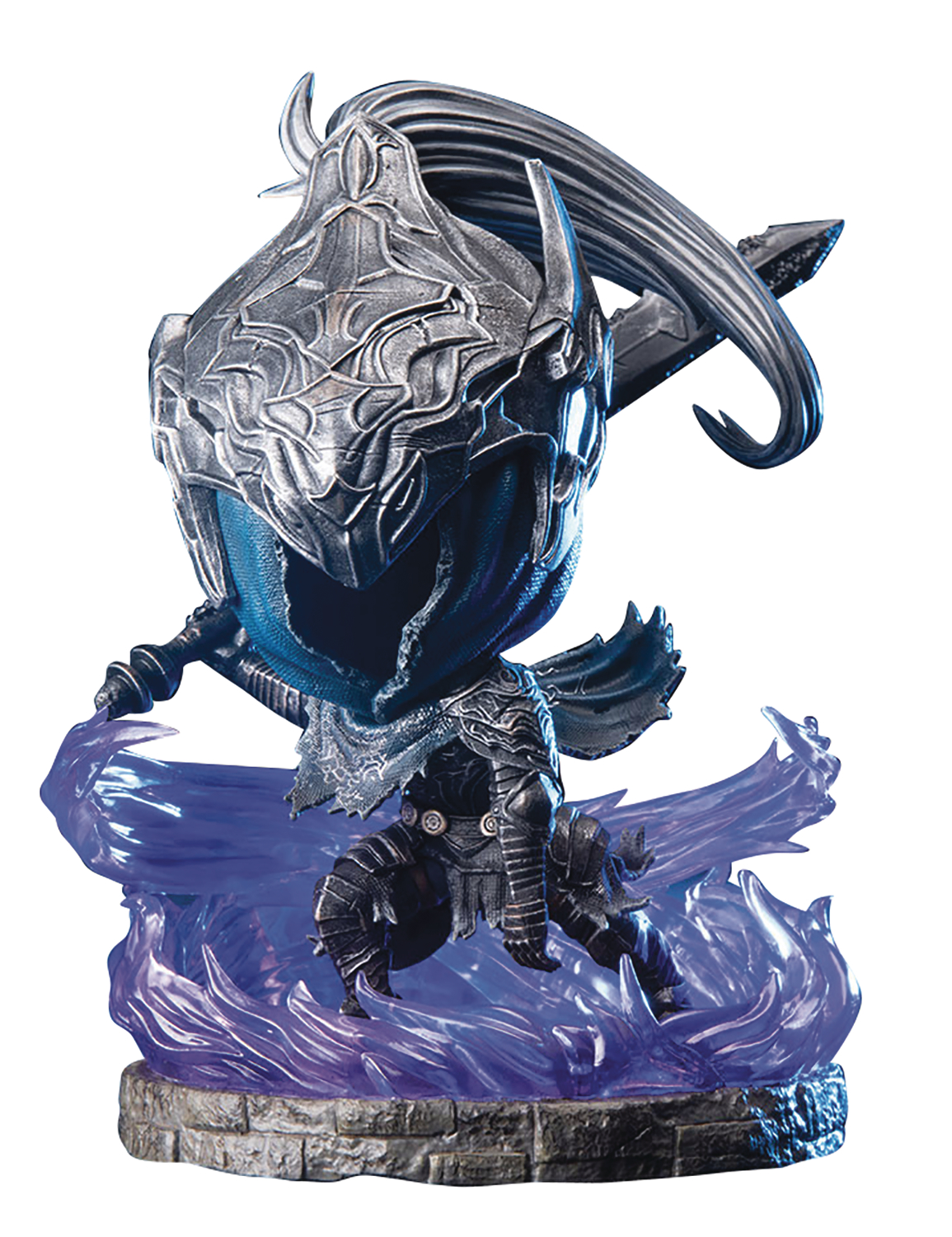 FEB188413
From First 4 Figures. First 4 Figures is proud to present the highly anticipated Dark Souls Artorias the Abysswalker SD 8" PVC Painted statue. Once a part of the Four Knights of Lord Gwyn, Artorias wields a greatsword and has the ability to traverse The Abyss. However, eventually overwhelmed by The Abyss, Artorias heroically sacrificed himself by giving his shield to his companion, Sif which acted as a magic aura to save Sif from the darkness. While being corrupted by The Abyss, some of his attacks have a dark aura to them. One major attack is called Wrath of the Abyss. Artorias will gather Darkness around him to unleash a violent area of effect explosion that gives him a damage buff. A trail of harmless Darkness will float and swirl behind him.