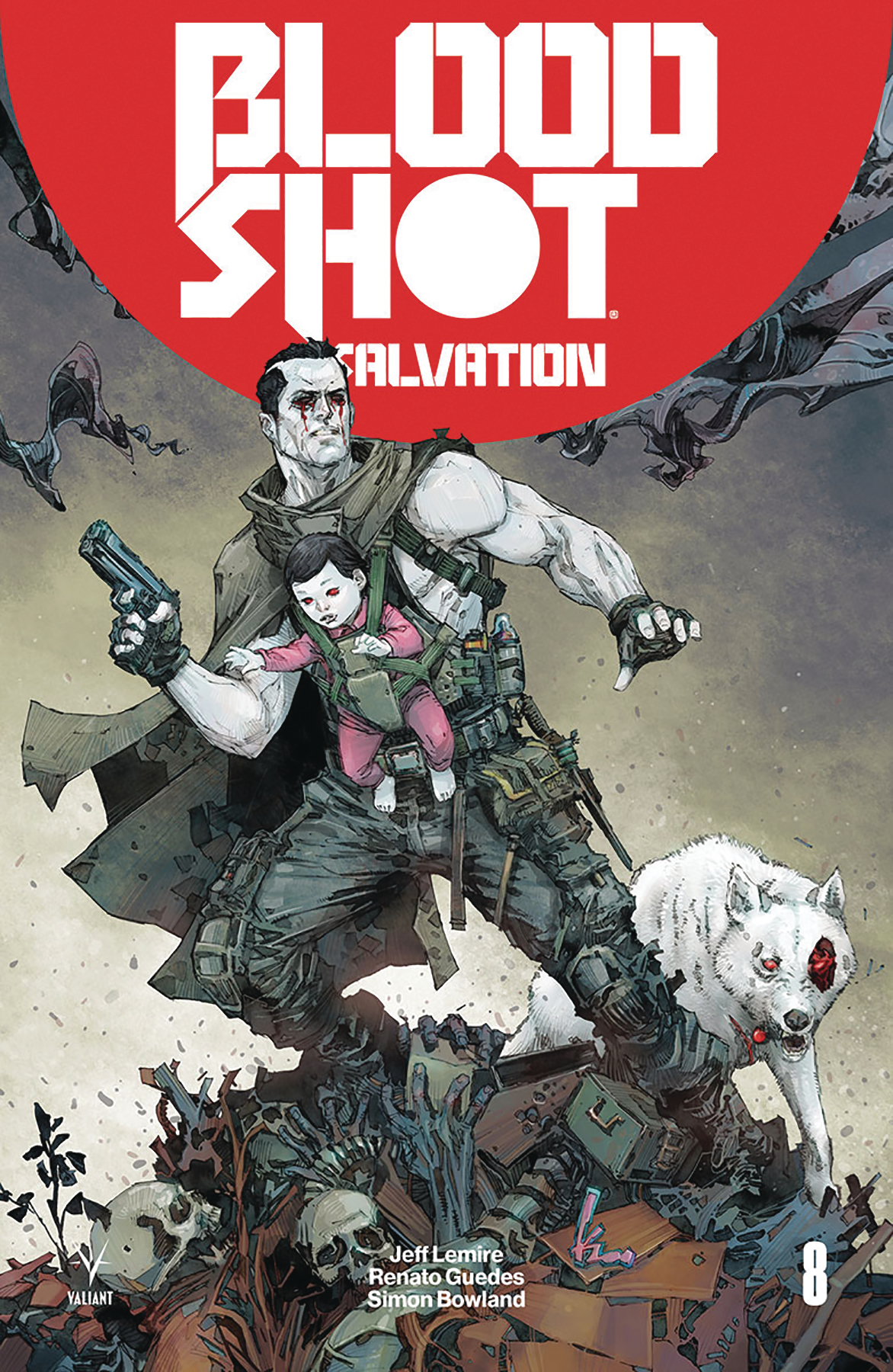 FEB181902
(W) Jeff Lemire (A) Renato Guedes (CA) Kenneth Rocafort
Can Bloodshot rewrite "THE BOOK OF THE DEAD" to save his daughter from the darkness? In the realm of the dead, three travelers now seek salvation. Bloodshot - a man remade as a weapon. Bloodhound - an innocent creature imbued with formidable power. And Baby Jessie - Bloodshot's infant daughter, newly transformed in his own terrible image. Together, these three have all been damned by fate - an injustice they now seek to undo by striking a demonic pact to save Jessie's life. But in the underworld known as the Deadside, there are few fair deals and even fewer promises fulfilled... With his weapons laid down, can Bloodshot tip the scales of life and death to save the one precious light his existence has ever offered? Master storyteller Jeff Lemire (Black Hammer) presents a haunting and powerful turning point in the life of Valiant's machine-made soldier for the final chapter of the "THE BOOK OF THE DEAD" - featuring fully painted artwork by Renato Guedes (X-O MANOWAR)!
In Shops: Apr 11, 2018
SRP: $3.99
View All Items In This Series
ORDER WISH LIST