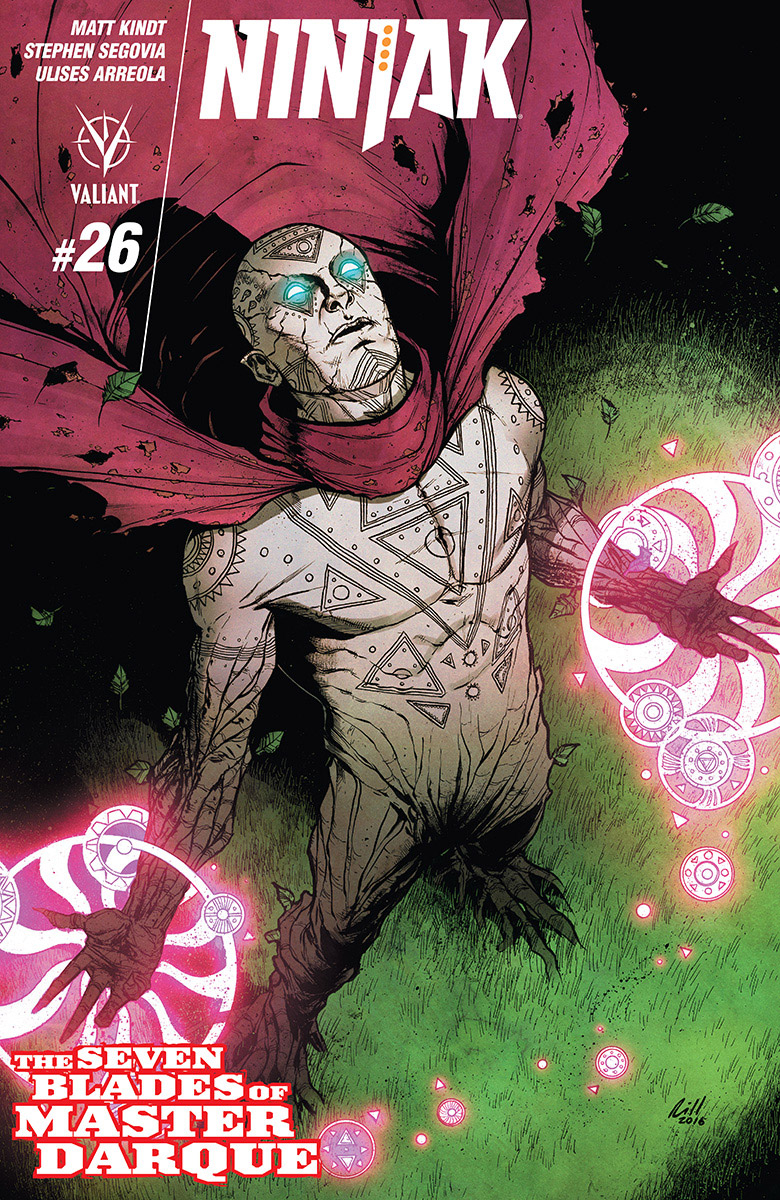 FEB172070
(W) Matt Kindt (A) Stephen Segovia (CA) Robert Gill
Battle royale!
The moment you've been waiting for is here-the final, steel-splintering showdown between Ninjak and Master Darque! But when Valiant's top assassin and lord of death come to blows, you can bet there's going to be serious collateral. What will become of the deadly crime cartel known as the Shadow Seven? What final fate awaits the life of Ninjak's former lover and most hated enemy, Roku? All will be revealed as Ninjak enters a blistering barrage of revelations and revenge...and exits with a brand-new place in the Valiant Universe!
In Shops: Apr 19, 2017
SRP: $3.99
View All Items In This Series