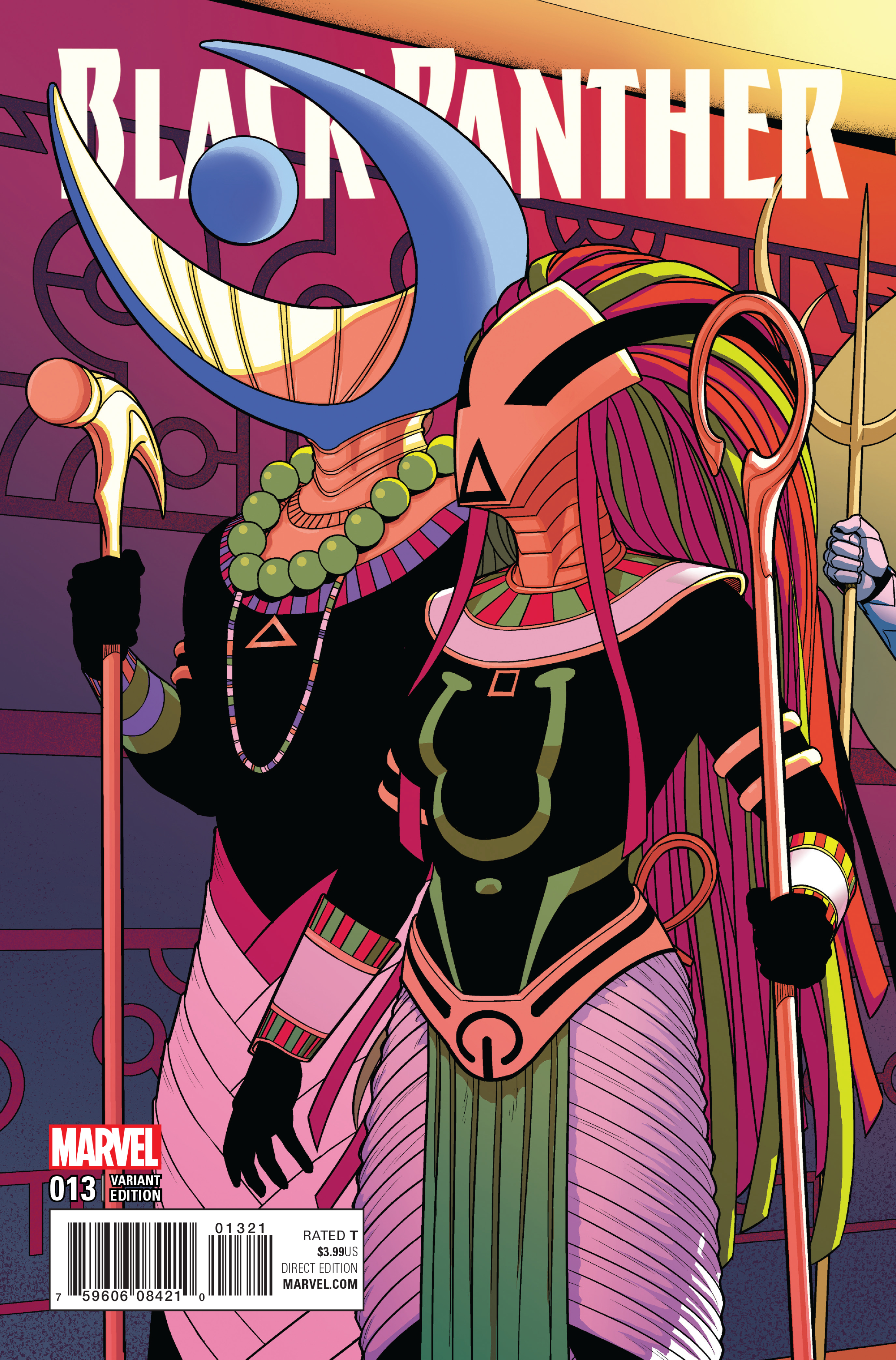 FEB170897
(W) Ta-Nehisi Coates (A) Wilfredo Torres (CA) Jamie McKelvie
"AVENGERS OF THE NEW WORLD" STARTS HERE!
•  Eons ago, before Black Panthers, before Wakanda, before time itself...there were only the ORISHAS: Asali. Ogutemeli. Bast. The pantheon of gods and goddesses from which the world as we know it was manifested. But now, when Wakanda burns, they are silent. When she was flooded, they were silent. While her people war amongst themselves, ever silent they remain. Where have all the Wakanda gods gone? T'Challa means to find out...
•  New York Times Best-Selling author TA-NEHISI COATES (Between the World and Me) is joined by rising superstar artist WILFREDO TORRES (Moon Knight) for the kickoff of the next epic season of BLACK PANTHER!
Rated T
In Shops: Apr 26, 2017
SRP: $3.99
View All Items In This Series