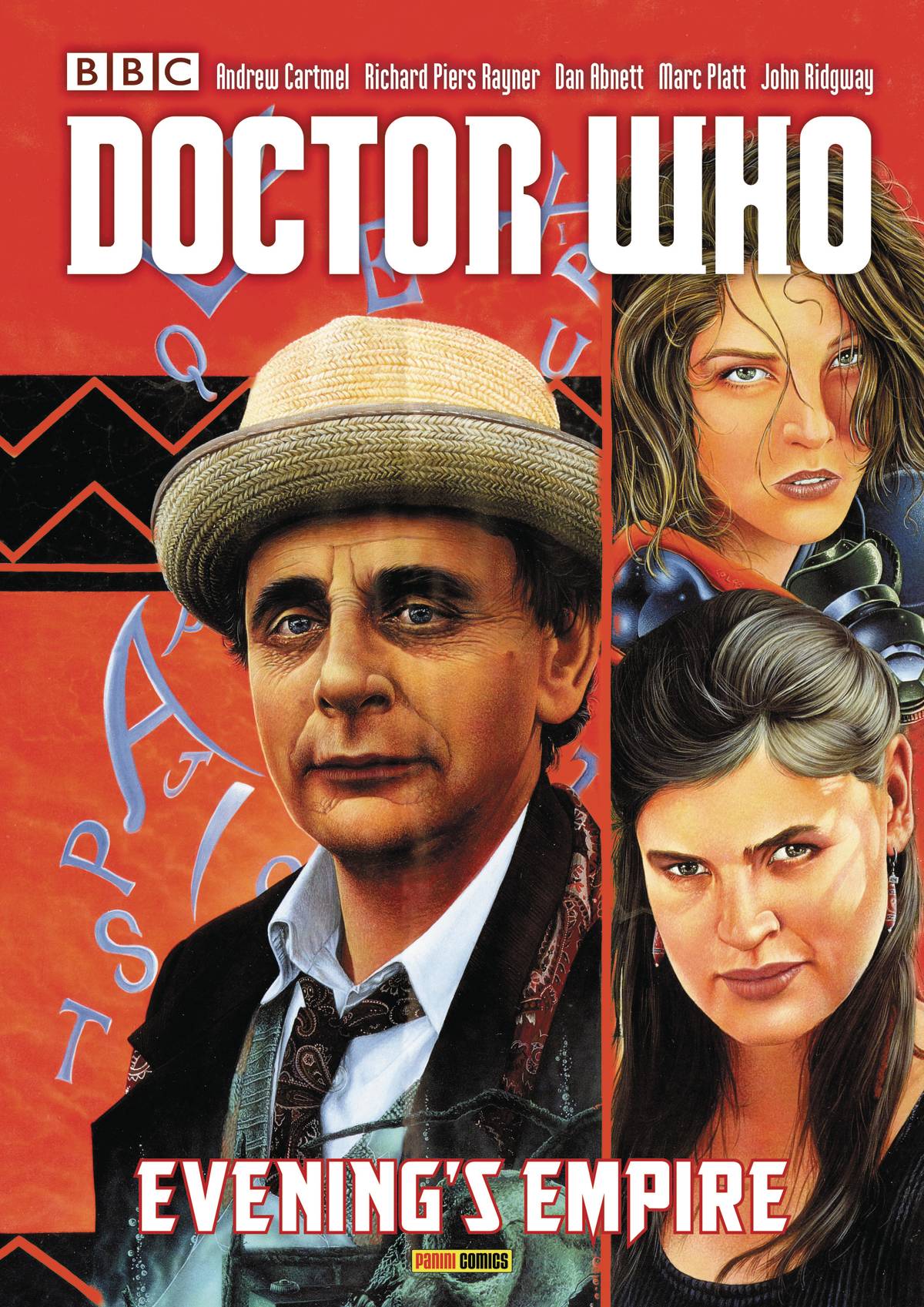 #
FEB161703
(W) Andrew Cartmel, Marc Platt, Dan Abnett, Scott Gray, Andy Lane (A) Richard Piers Rayner, John Ridgway, Brian Williamson, Cam Smith
Evening's Empire, a Doctor Who comic strip from the 1990s written by Andrew Cartmel, was never completed in the pages of Doctor Who Magazine. Although a version was printed
subsequently, this new collection contains the first publication of the full story as originally intended, with brand-new artwork from the original artist, Richard Piers Rayner. This volume collects together comic strips featuring the seventh Doctor and Ace, as played on television by Sylvester McCoy and Sophie Aldred.