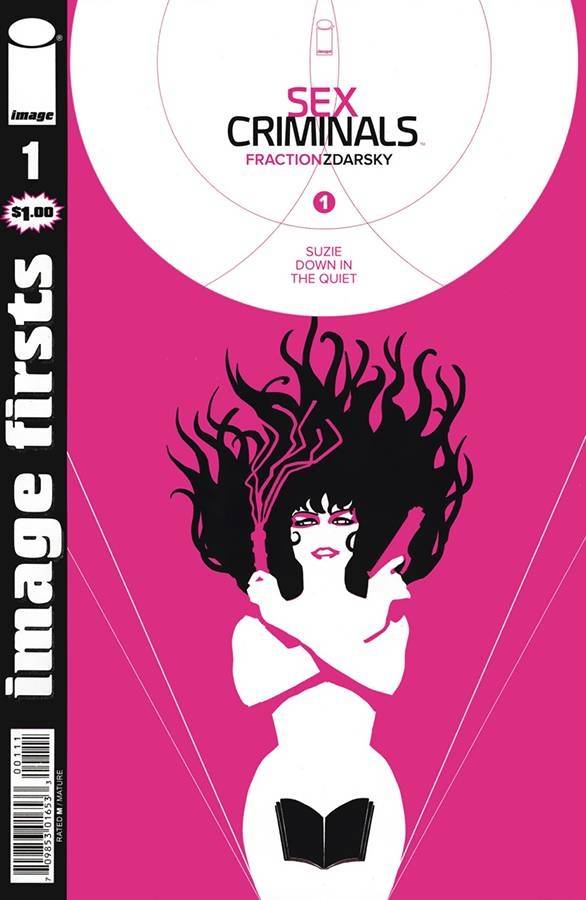 #
FEB148363
(W) Matt Fraction (A/CA) Chip Zdarsky
A SEX COMEDY FOR COMICS! Suzie's a normal girl with an extraordinary ability: when she has sex, she stops time. One night she meets John...  who has the same gift. And so they do what any other sex-having, time-stopping, couple would do: they rob banks. In the vein of THE 40-YEAR OLD VIRGIN and BRIDESMAIDS, Image Comics invites you to come along with MATT FRACTION (Hawkeye, SATELLITE SAM) and CHIP ZDARSKY  (Prison Funnies, Monster Cops) for the series that puts the "comic" back in "comics" and the "sexy" back in "sex crimes."
In Shops: Apr 30, 2014
SRP: $1.00
View All Items In This Series
ORDER SUBSCRIBE WISH LIST