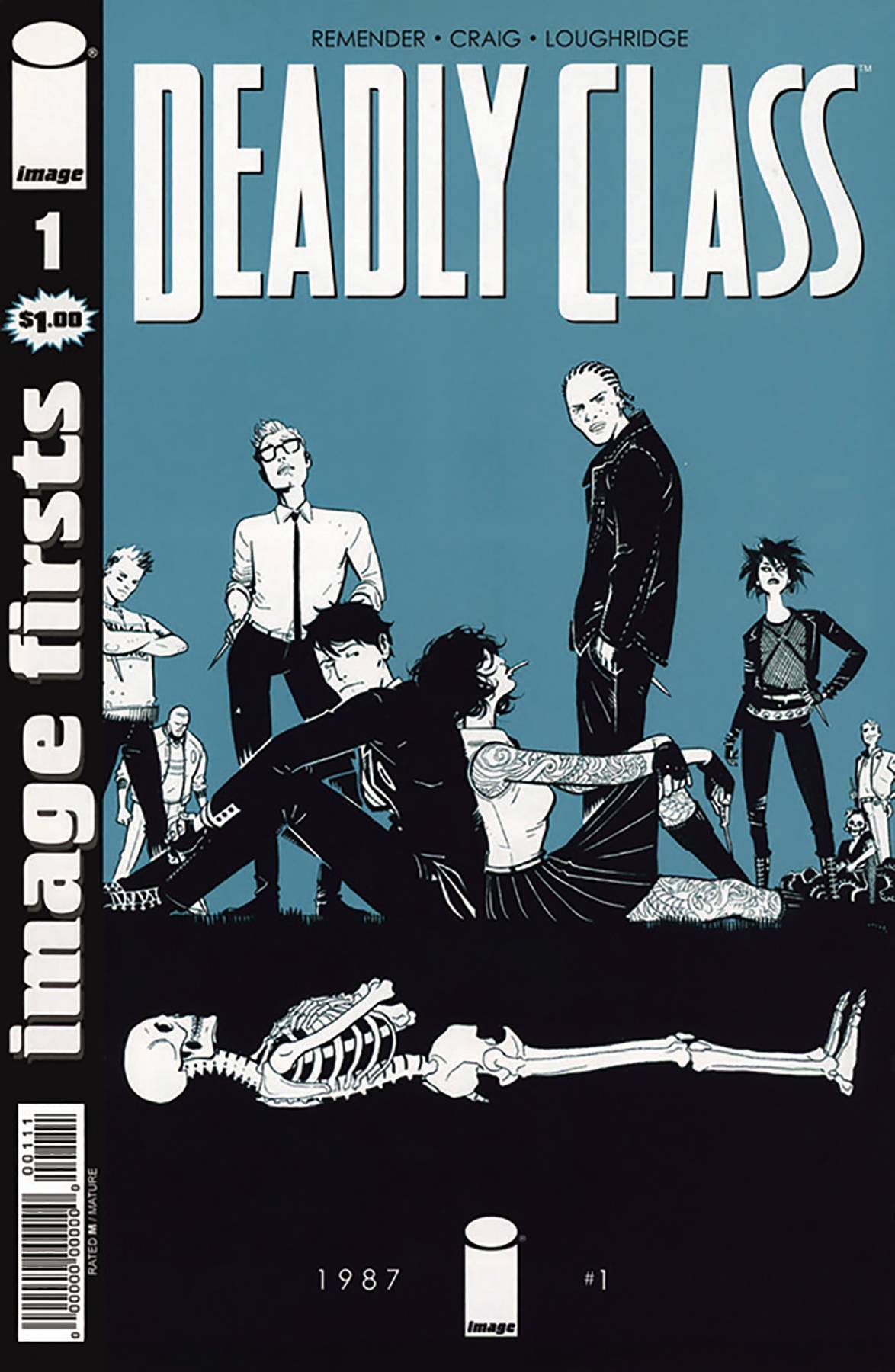 #
FEB148358
(W) Rick Remender (A/CA) Wesley Craig
It's 1987. Marcus Lopez hates school. His grades suck. He has no money. The jocks are hassling his friends. He can't focus in class, thanks to his mind constantly drifting to the stunning girl in the front row and the Dag Nasty show he has tickets to. But the jocks are the children of Joseph Stalin's top assassin, the teachers are members of an ancient league of assassins, the class he's failing is "Dismemberment 101," and his crush, a member of the most notorious crime syndicate in Japan, has a double-digit body count. Welcome to the most brutal high school on Earth, where the world's top crime families send the next generation of assassins to be trained. Murder is an art. Killing is a craft. At King's Dominion High School for the Deadly Arts, the dagger in your back isn't always metaphorical, nor is your fellow classmates' poison. Join writer RICK REMENDER with rising star WESLEY CRAIG (Batman) and legendary colorist LEE LOUGHRIDGE (Fear Agent) to reminisce about the mid-1980s underground through the eyes of the most damaged and dangerous teenagers on Earth.
In Shops: Apr 30, 2014
SRP: $1.00
View All Items In This Series
ORDER SUBSCRIBE WISH LIST