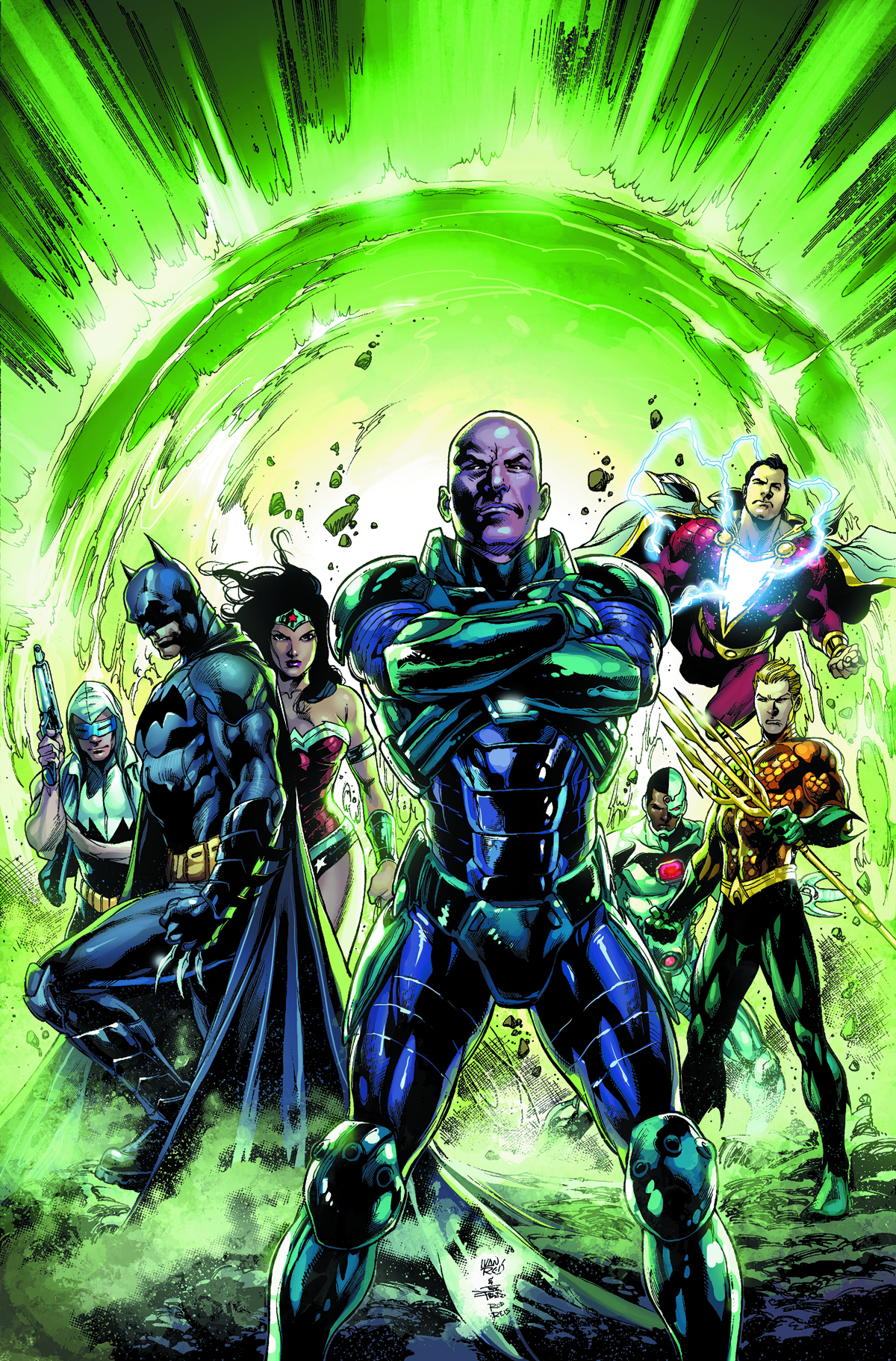 FEB140149
(W) Geoff Johns, Scott Hanna (A) Doug Mahnke (CA) Joe Prado (A/CA) Ivan Reis
It all changes here with the first chapter of "INJUSTICE LEAGUE"! The next era of the Justice League begins as heroes quit, villains join and a Justice League roster you've never seen before emerges, led by the world's greatest hero - LEX LUTHOR?! As the dust settles and the bodies are buried, the violent consequences of FOREVER EVIL must be dealt with - while a mysterious new force sets its target on the League. But is this force friend or enemy? And why does he want Luthor dead? (If you ask Batman, it's a long list.)
In Shops: May 21, 2014
SRP: $3.99
View All Items In This Series
ORDER WISH LIST