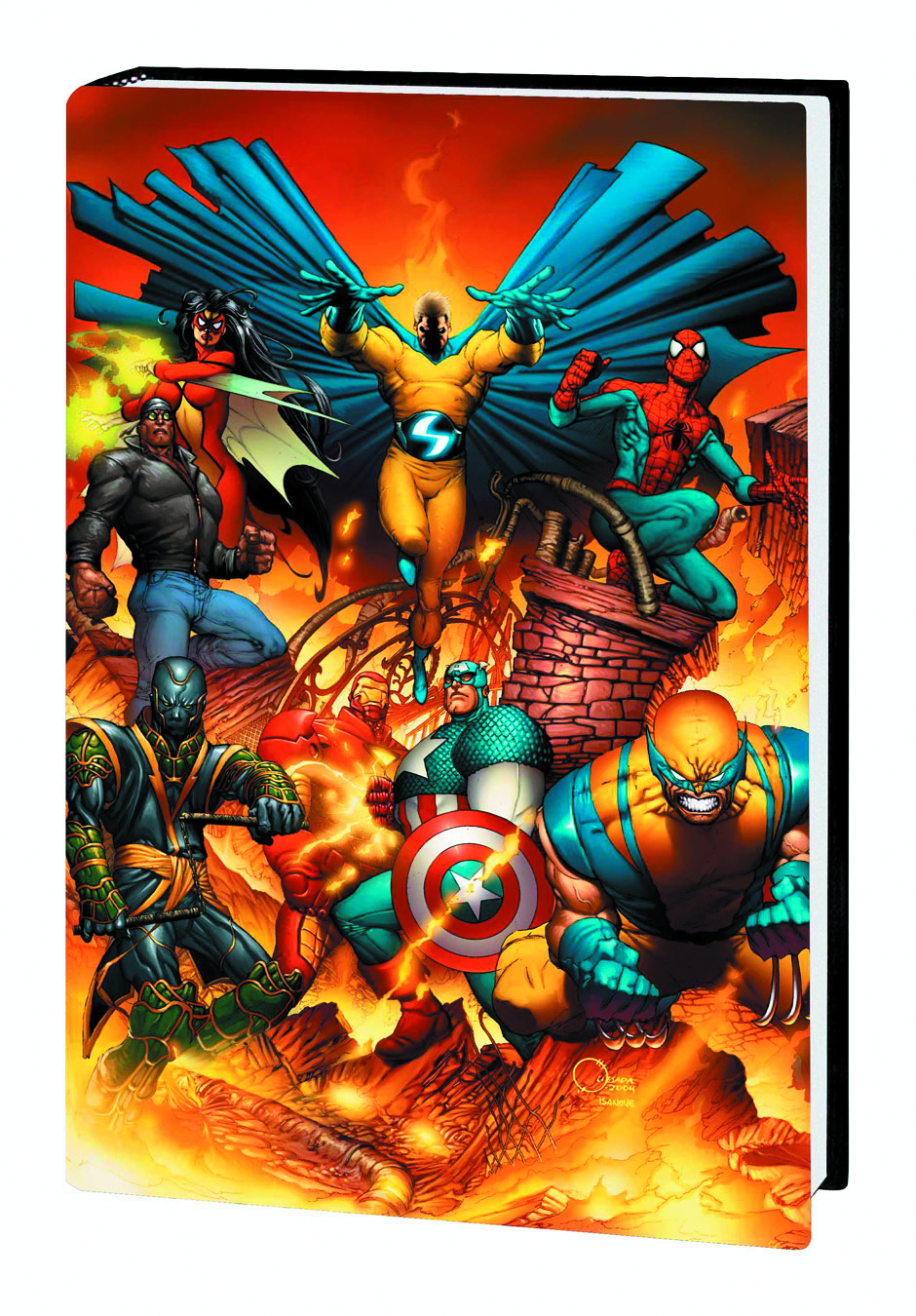 FEB128215
(W) Various (A) Various (CA) Joe Quesada
From Marvel Comics. The first half of Brian Michael Bendis's radical Avengers revamp is collected in one massive volume! When the Avengers are disassembled by an insane Scarlet Witch, a new and decidedly different team rises to take their place - including Spider-Man, Wolverine and Luke Cage! These New Avengers face down a prison break, the secrets of the Sentry, the menace of the multi-powered Collective and more - and even find time to celebrate the marriage of one of their own. But when a terrible tragedy kicks off a superhuman Civil War, will the newly created team be irrevocably shattered? Collecting Avengers (1963) #500-#503, Avengers Finale, New Avengers (2005) #1-#31 and Annual #1, New Avengers and the Fantastic Four #1, Giant-Size Spider-Woman #1, New Avengers: Illuminati (2006) #1, Civil War: The Confession #1, Civil War: The Initiative #1 and New Avengers: Most Wanted Files #1. Scheduled to ship 09/05/12. (161)