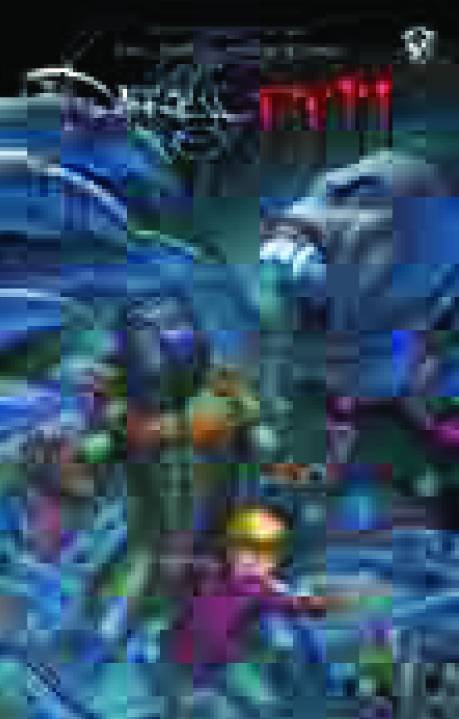 FEB100419
(W) Paul Jenkins (A/CA) Dale Keown
Aliens! Mobsters! Zombies! Feds!
Dale Keown's classic hero, Pitt, makes his return to comics! When Tim and Pitt's mission to track down those infected by an alien virus brings them to The Darkness bearer Jackie's stomping ground in New York, they are invariably drawn together. Both attract the unwanted attention of the Federal Government and mayhem ensues!
The crossover reunites The Darkness writer Paul Jenkins (Captain America, Mythos) and Pitt creator Dale Keown (Hulk: The End), collecting the sold out The Darkness/Pitt #1-3 plus a collection of script, toned artwork, a cover gallery and much more. As an added value, this trade will also include The Darkness #75, an all-star anniversary issue by Phil Hester (The Anchor) and a host of fantastic artists!

"Every panel shows the love for the medium and a cunning eye for dynamics, action moments, perspective and the use of light/shadow is used delicately and skillfully." -Broken Frontier
"...an exciting, eye-popping read" - Comic Book Resources
"...a hell of a lot of character conflict, cracking dialogue..." - Bleeding Cool
"The concept from start to finish is just plain old-fashioned cool" - Newsarama