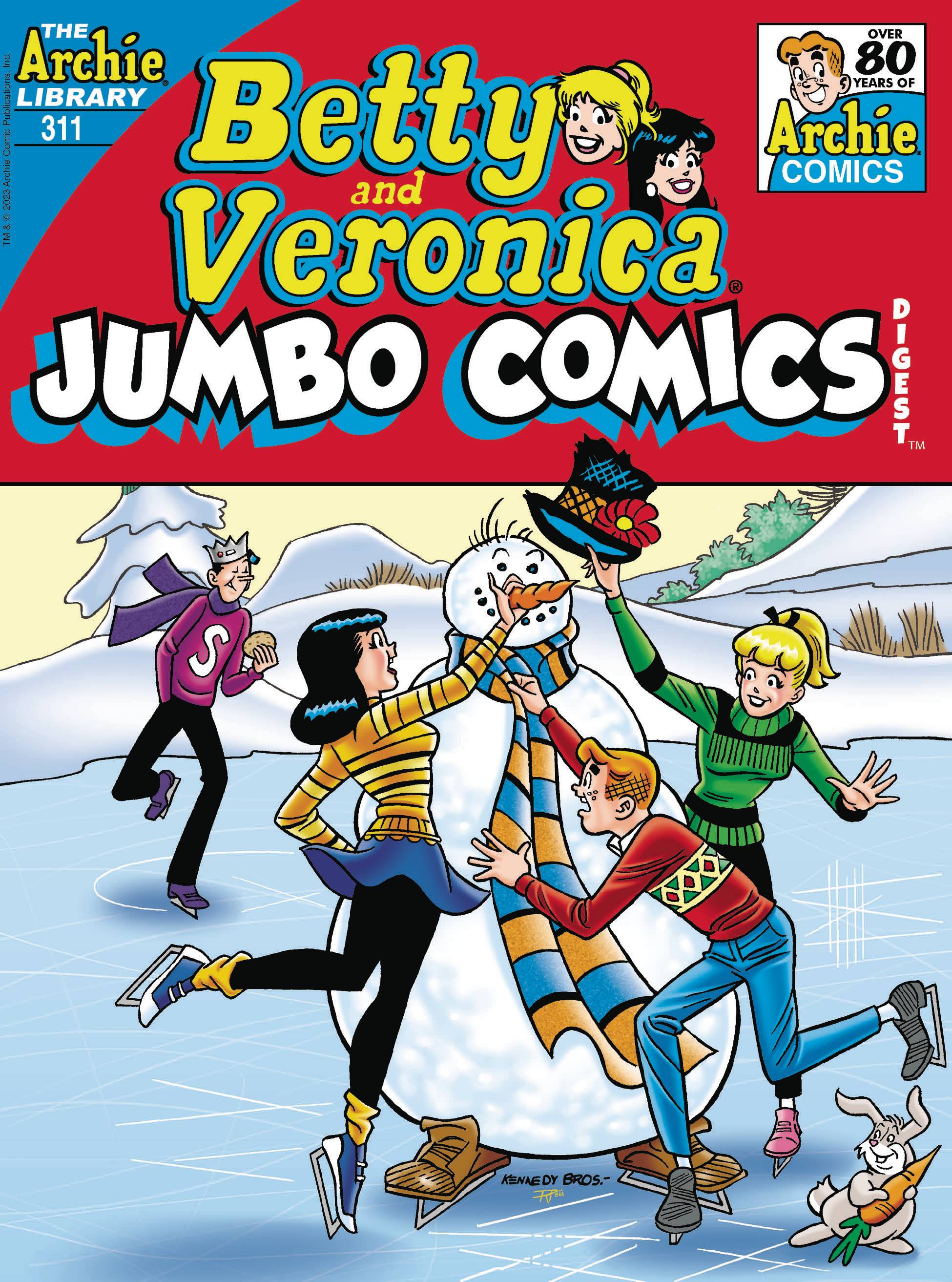 #
DEC221136
(W) VARIOUS, Dan Parent, Tom DeFalco, Francis Bonnet (A) Various, Dan Parent, Bill Galvan, Rex Lindsey (CA) Pat & Tim Kennedy, Francis Bonnet
THREE BRAND NEW STORIES!  First, in "Influence This!" Veronica is always trying to be an influencer on FlipFlop, with mixed results. Betty points out that she tries too hard with all her lip-syncing dance routines and over the top fashion displays. But when something unexpected gets Veronica 2 million views, she's going to need to keep up appearances and call in a favor from someone unexpected. How can Jughead's little sister, Jellybean, help Veronica achieve her influencer dreams?
Next, Little Betty and Veronica are touring the Montgomery Military Academy, at Veronica's uncle's suggestion. The school's Commandant assigns the Boy Buddies to escort the girls. But Betty and Veronica notice someone that catches their eye... and it's not a cute boy! The two are on the case to track down someone they think might be up to no good, with the Boy Buddies by their sides!

Finally, in "Ransomware Beware," Lodge Industries was hit with a ransomware attack. If Mr. Lodge doesn't pay $100 million, all of the company's computers could be wiped. This looks like a job for Detective Fu Chang! Fu Chang believes the hackers have been posing as high school students. With his guidance and mentoring, Archie volunteers to go undercover and pretend to be a master hacker with the hopes of being recruited by them so he can expose their operation! But can Archie pull of this hi-tech heist?
In Shops: Feb 08, 2023
SRP: $9.99
View All Items In This Series
PREORDER SUBSCRIBE WISH LIST