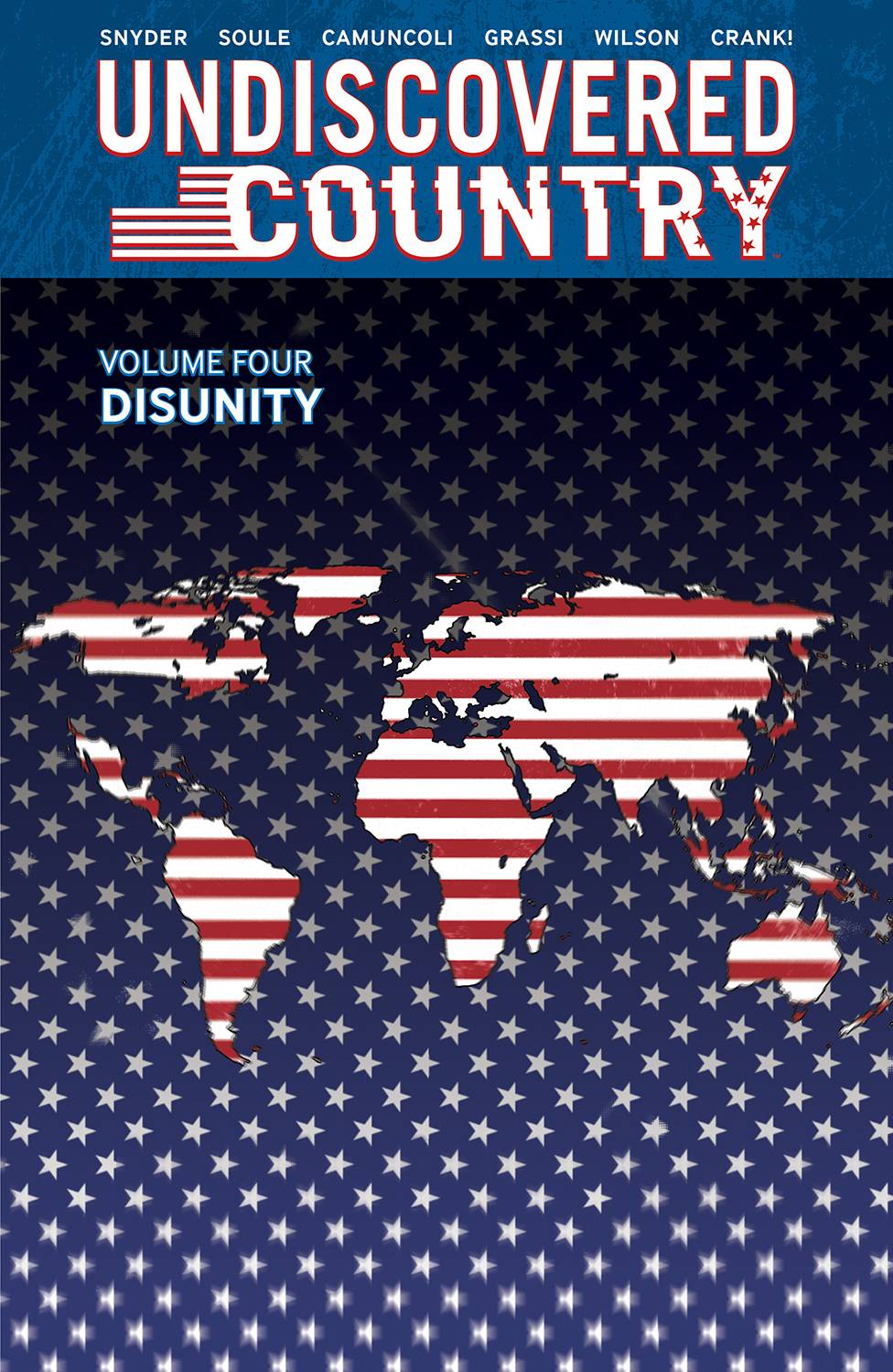 The intrepid explorers of UNDISCOVERED COUNTRY have been torn asunder by the machinations of the American overmind, Aurora. Some have landed in a strange Zone obsessed with key moments in U.S. history, others are in a Zone focused on a future where America rules the entire world...and the rest are lost, their whereabouts unknown.

As UNDISCOVERED COUNTRY passes the halfway mark of its epic story, huge new revelations about where the series has been-and the wild ride yet to come-are on the way.