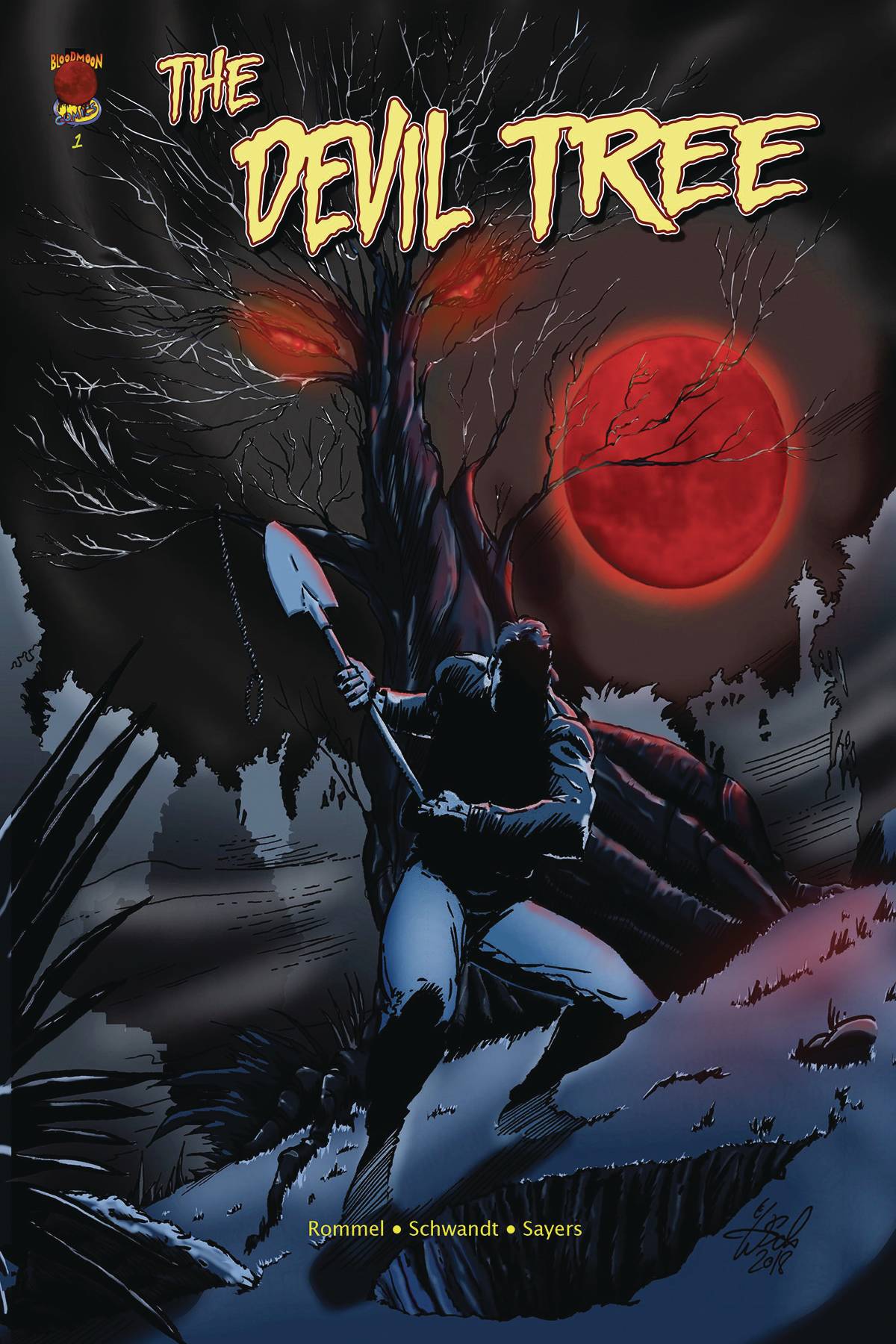 #
DEC219063
(W) Keith Rommel (A/CA) Wolfgang Schwandt
SECOND PRINTING OF THE SOLD OUT FIRST RELEASE FROM BLOOD MOON COMICS.
Back in the 1970s, a series of bizarre incidents occurred at what has since been known as "The Devil Tree." Beneath this ancient denizen, evil was wrought by a sick serial killer, calling upon forces most evil and dark. People were hung there ... and bodies buried there ... exhumed by the police. Overcome by superstition, some tried to cut down the tree, to no avail. Since then, it has stood in a remote section of a local park -left to its own devices -quiet in its eerie repose . . .
In Shops: Mar 09, 2022
SRP: $4.99
View All Items In This Series
ORDER SUBSCRIBE WISH LIST