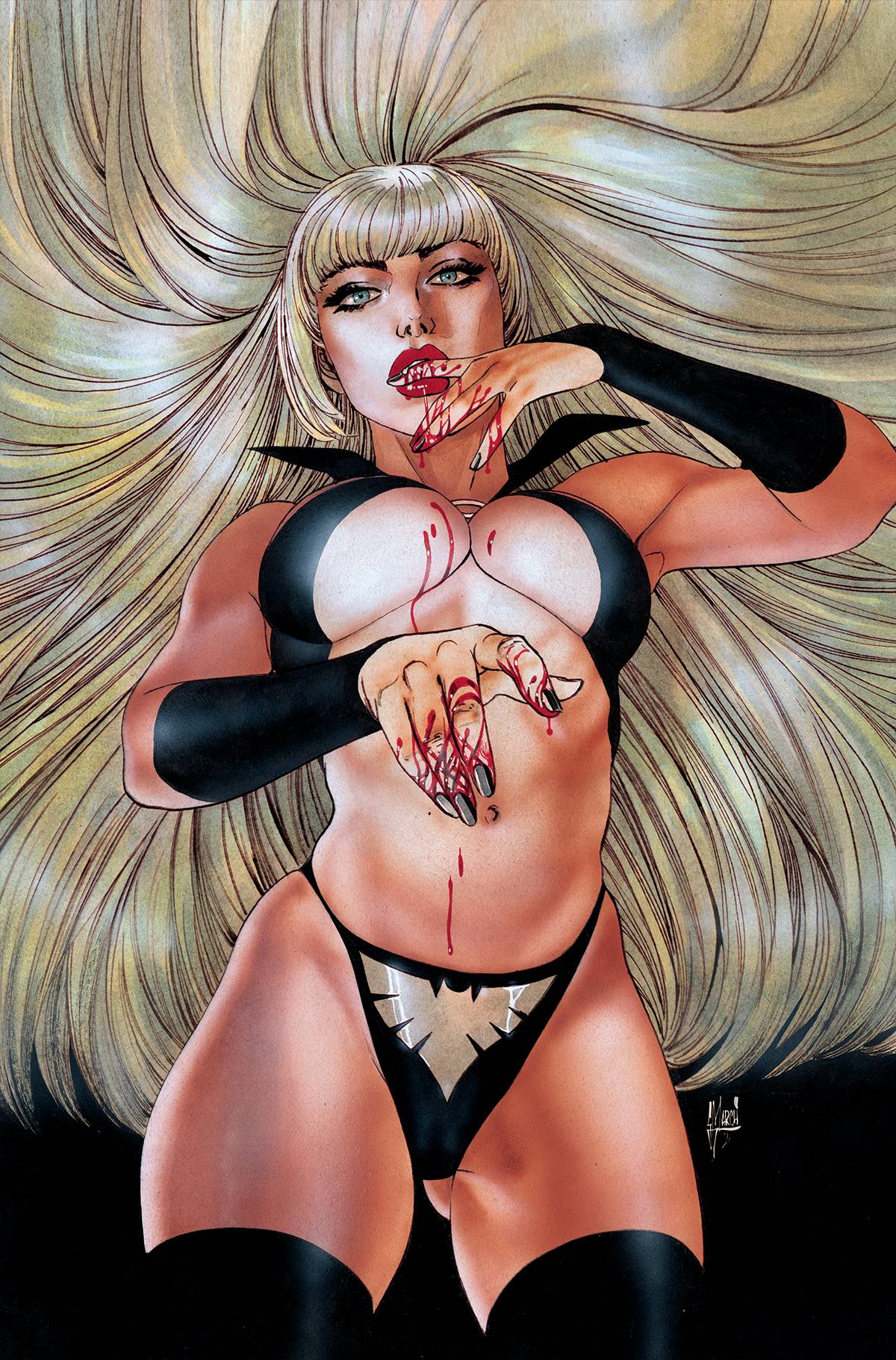 #
DEC218066
(W) Christopher Priest (A) Michael Sta. Maria (CA) Guillem March
One child, two destinies: who is the daughter of Lilith of Drakulon? Is she a streetwise runaway human preteen, or is she Vampirella's deadly siren nightstalker evil twin? Two souls linked by a reality-jumping demon struggle for control of their own destiny as Draculina, Lilith's first and most beloved daughter, is brought into Vampirella's reality and linked to an alternate version of herself by a cursed candle which warps reality when lit, swapping Draculina with her other possible "self"-a tough homeless preteen struggling to make it on her own while being constantly drawn into Draculina's schemes. Establishing a secret identity for herself as "River East", high-profile socialite daughter of the missing and presumed dead Lilith Ogden Eastaughffe, Draculina presses forth with a secret, evil agenda of bloody retribution against everyone who's ever done her wrong, with only Katie-her alt-self-standing between her and her deadly goals. Draculina is a wild, fast-paced ride through the literal reverse sensitivities of our altruistic Vampirella, brought to you by Vampi scribe Christopher Priest and Vengeance of Vampi artist Michael Sta. Maria! Buckle up for one dark, wild ride!
In Shops: Feb 09, 2022
SRP: $3.99
View All Items In This Series
ORDER SUBSCRIBE WISH LIST