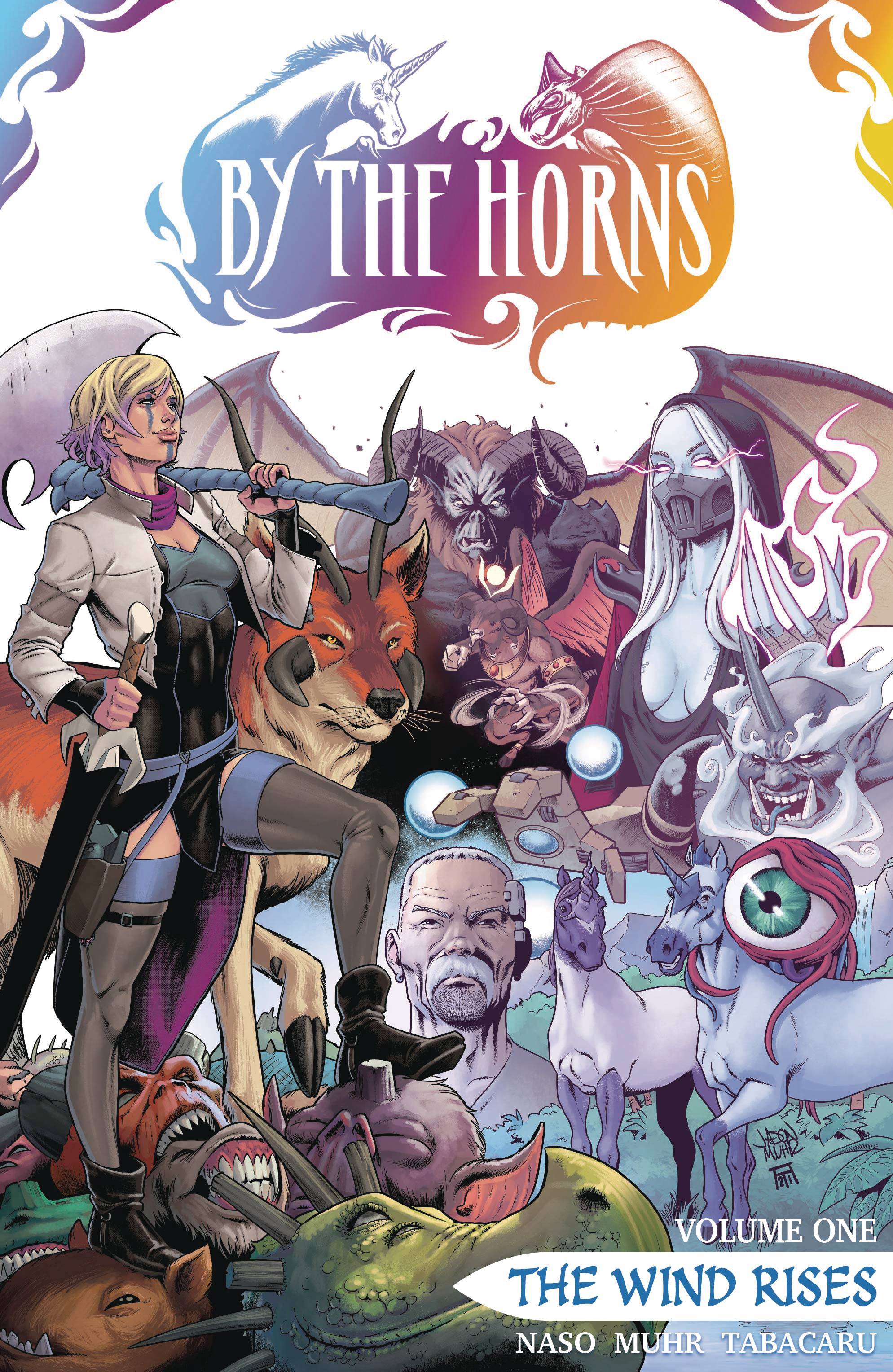 #
DEC211811
(W) Markisan Naso (A/CA) Jason Muhr
Elodie hates unicorns. For nearly a year, she's dedicated her life to killing them all for trampling her husband. Exiled from her village home for selfishly neglecting her duties, Elodie and her companion, Sajen, search the continent of Solothus to exact bloody revenge. But to make unicorns extinct she'll need to fake an alliance with Zoso and Rigby, two of the very beasts she hates most, and battle four wind sorcerers who are extracting magic from all the mystical creatures on the continent. With the ability to rip off the unicorn horns and combine them to form wizard-slaying weapons, Elodie has a fighting chance. But will she decide to use those gifts to save magic in the world? Or destroy all the unicorns left alive?
In Shops: Mar 30, 2022
SRP: $19.99
View All Items In This Series
ORDER SUBSCRIBE WISH LIST