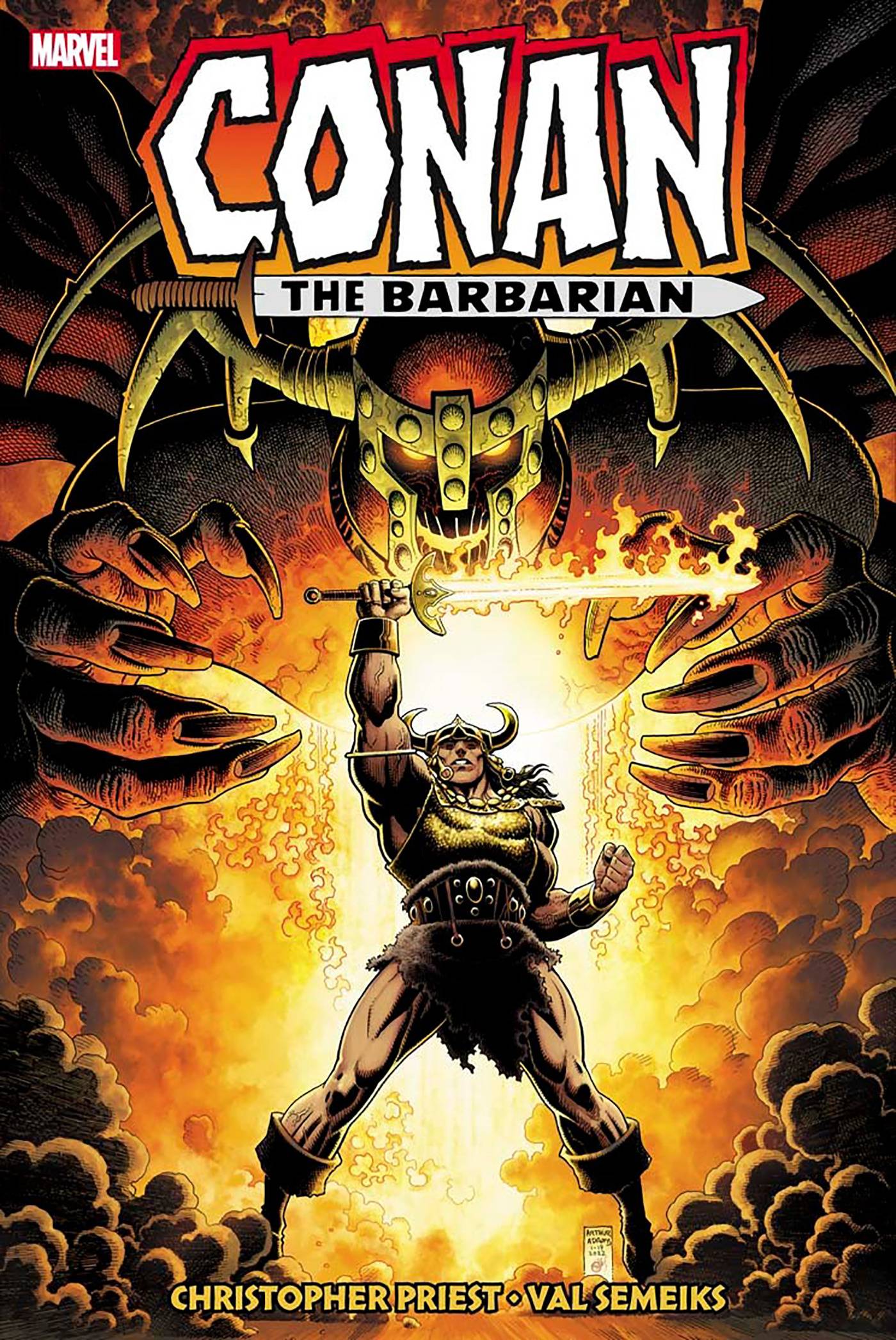 #
DEC211076
(W) Christopher Priest, Various (A) Val Semeiks, Various (CA) Arthur Adams
In the late '80s, artist Val Semeiks took the reins on Conan the Barbarian injecting a powerful new energy into the series. Semeiks' work was a force multiplier for the latter half of Christopher Priest's era-defining run. Together, they crafted one of the greatest Conan epics of all time, a massive storyline building issue #200 and a showdown with the Devourer of Souls. As the Devourer reveals his final gambit, drawing upon the power of the Elder Gods, Conan must seek aid from one whose name even he dreads: Thulsa Doom! Also featuring the return of Red Sonja, the acclaimed "Heku Trilogy" and early work by Andy Kubert, this is one Omnibus you don't want to miss! By Crom! Collecting CONAN THE BARBARIAN (1970) #195-213 & ANNUAL (1973) #12 and THE OFFICIAL HANDBOOK OF THE CONAN UNIVERSE (1986) #1.
Rated T+
In Shops: Jun 29, 2022
SRP: $125.00
View All Items In This Series
ORDER SUBSCRIBE WISH LIST