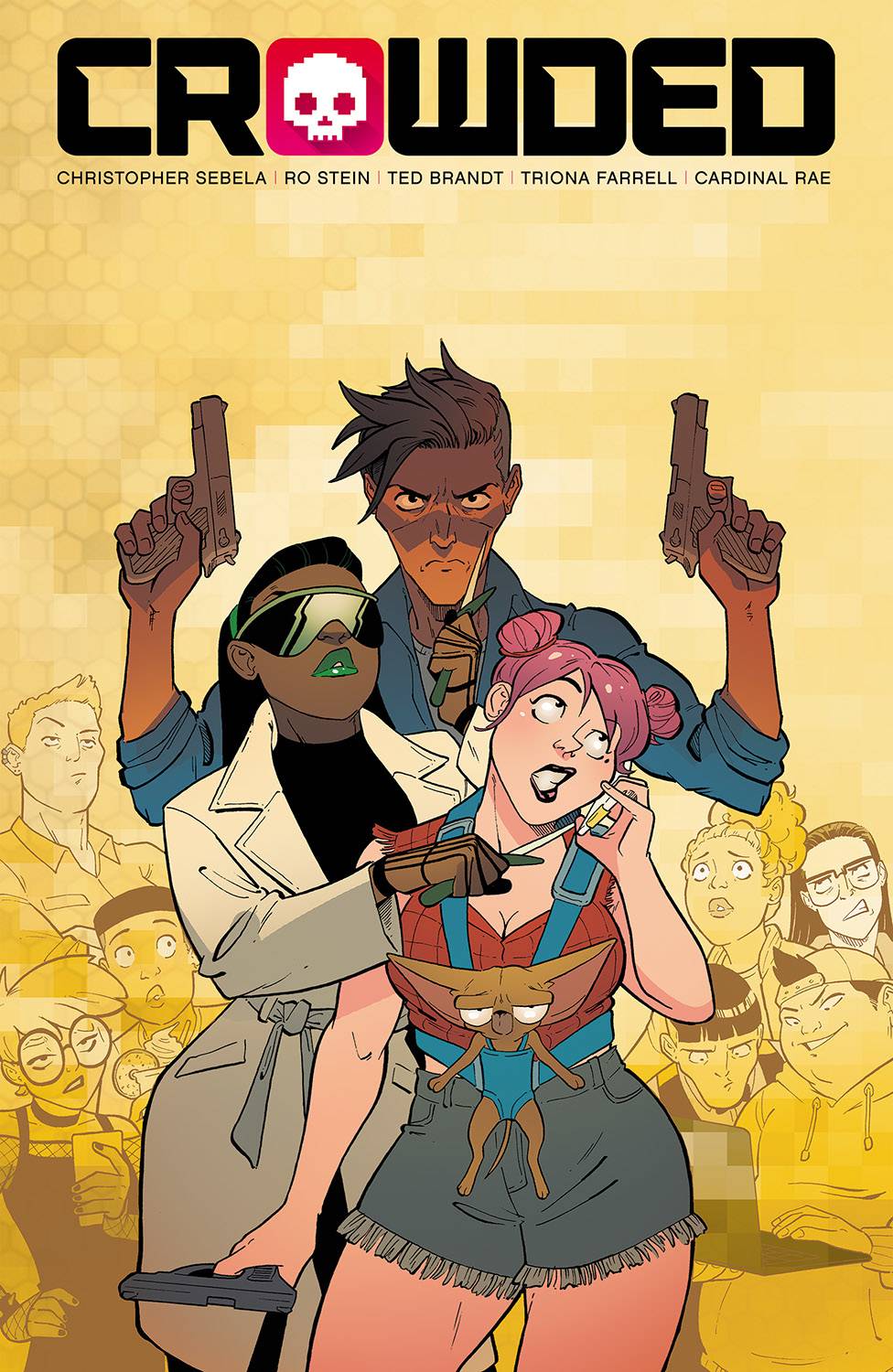 #
DEC210165
(W) Christopher Sebela (A/CA) Ro Stein, Ted Brandt, Triona Farrell
Fired and ditched by Charlie, Vita sets off in hot pursuit of her former client and some answers. But Charlie's not alone. She's hired a brand new bodyguard, Circe, unaware she's a killer who has been stalking Charlie since her crowdfunded assassination campaign began.
As this catastrophic throuple cat-and-mouses its way across America, feelings and knives and secrets will come out, including who started Charlie's Reapr campaign and why everyone wants her dead. All leading to a bloody showdown with the shadowy group responsible for turning Charlie's murder into a viral sensation.
The final arc of the GLAAD-nominated and two-time Eisner Award-nominated series by writer CHRISTOPHER SEBELA (SHANGHAI RED, HIGH CRIMES), artists RO STEIN & TED BRANDT (DC Pride, Captain Marvel), TRIONA FARRELL (Runaways, Mech Cadet Yu), and CARDINAL RAE (BINGO LOVE, ROSE).
In Shops: Feb 16, 2022
SRP: $17.99
View All Items In This Series
ORDER SUBSCRIBE WISH LIST