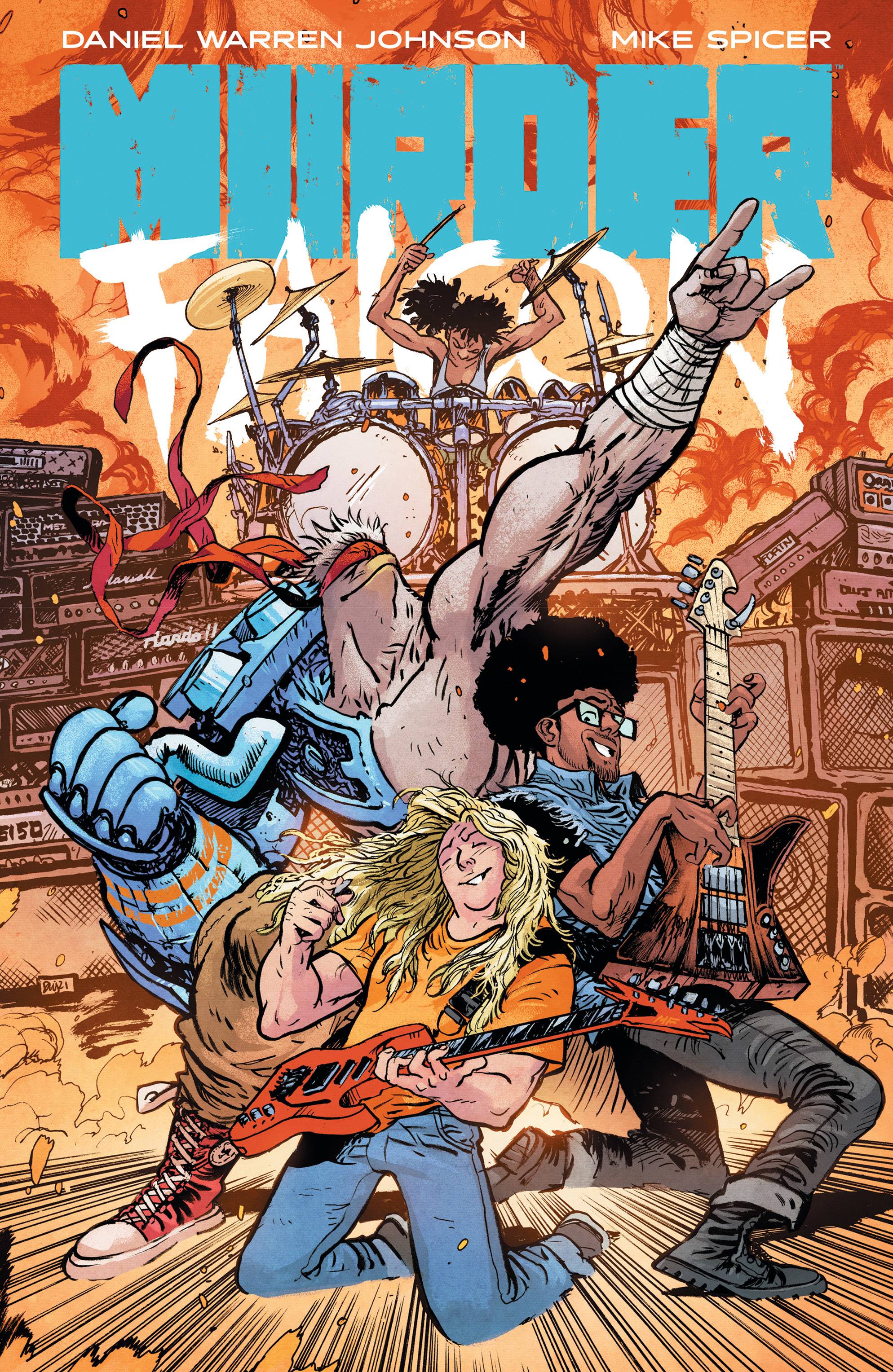 #
DEC210138
(W) Daniel Warren Johnson (A/CA) Daniel Warren Johnson, Mike Spicer
From superstar creator DANIEL WARREN JOHNSON (Wonder Woman: Dead Earth, EXTREMITY)!
The world is under attack by hideous monsters, and Jake's life is falling apart-until he meets Murder Falcon. Murf was sent from The Heavy to destroy all evil, but he can't do it without Jake shredding up a storm.
Now, with every chord Jake plays on his guitar, the power of metal fuels Murder Falcon into all-out kung fu fury on those that seek to conquer Earth!
This new edition collects the entire MURDER FALCON miniseries and SKYBOUND X short story, along with covers and a sketchbook, in one oversized hardcover volume.
In Shops: Jun 01, 2022
SRP: $29.99
ORDER WISH LIST