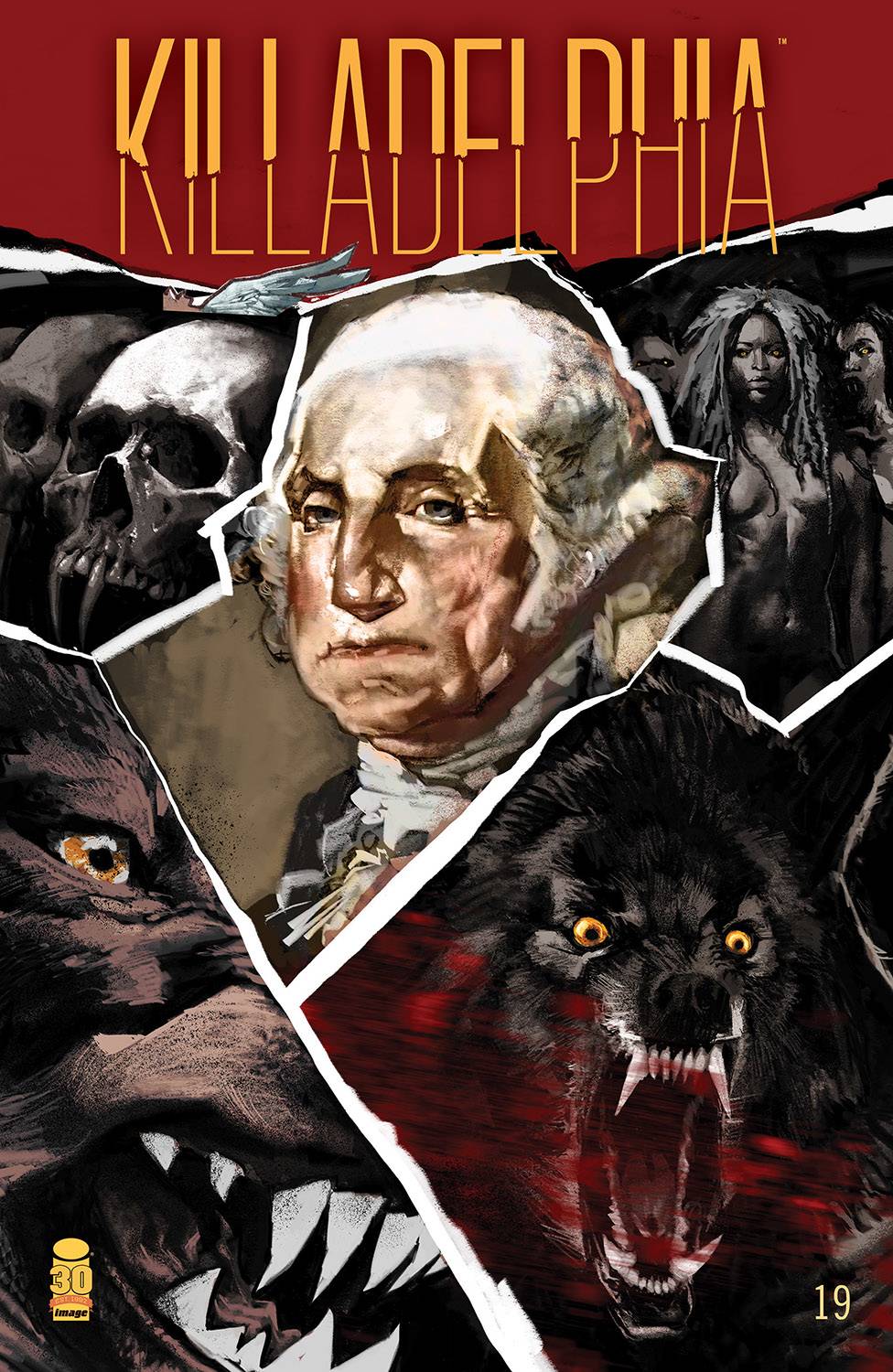 #
DEC210103
(W) Rodney Barnes (A/CA) Jason Shawn Alexander
"THE END OF ALL," Part One
The perfect jumping-on point for new readers and a pivotal turning point for the series! The sold-out, Eisner Award-nominated horror series returns with the first issue of a brand new arc from RODNEY BARNES, the writer behind such hit shows as Marvel's Runaways and STARZ's American Gods, and JASON SHAWN ALEXANDER, the artist who redefined SPAWN.
Undead detective James Sangster Sr. and his werewolf allies are about to make their final stand against vampire queen Abigail Adams and necromancer Thomas Jefferson! But shocking new revelations come to light as demons unearthed from America's past threaten the very world as we know it!
In Shops: Feb 16, 2022
SRP: $3.99
View All Items In This Series
ORDER SUBSCRIBE WISH LIST