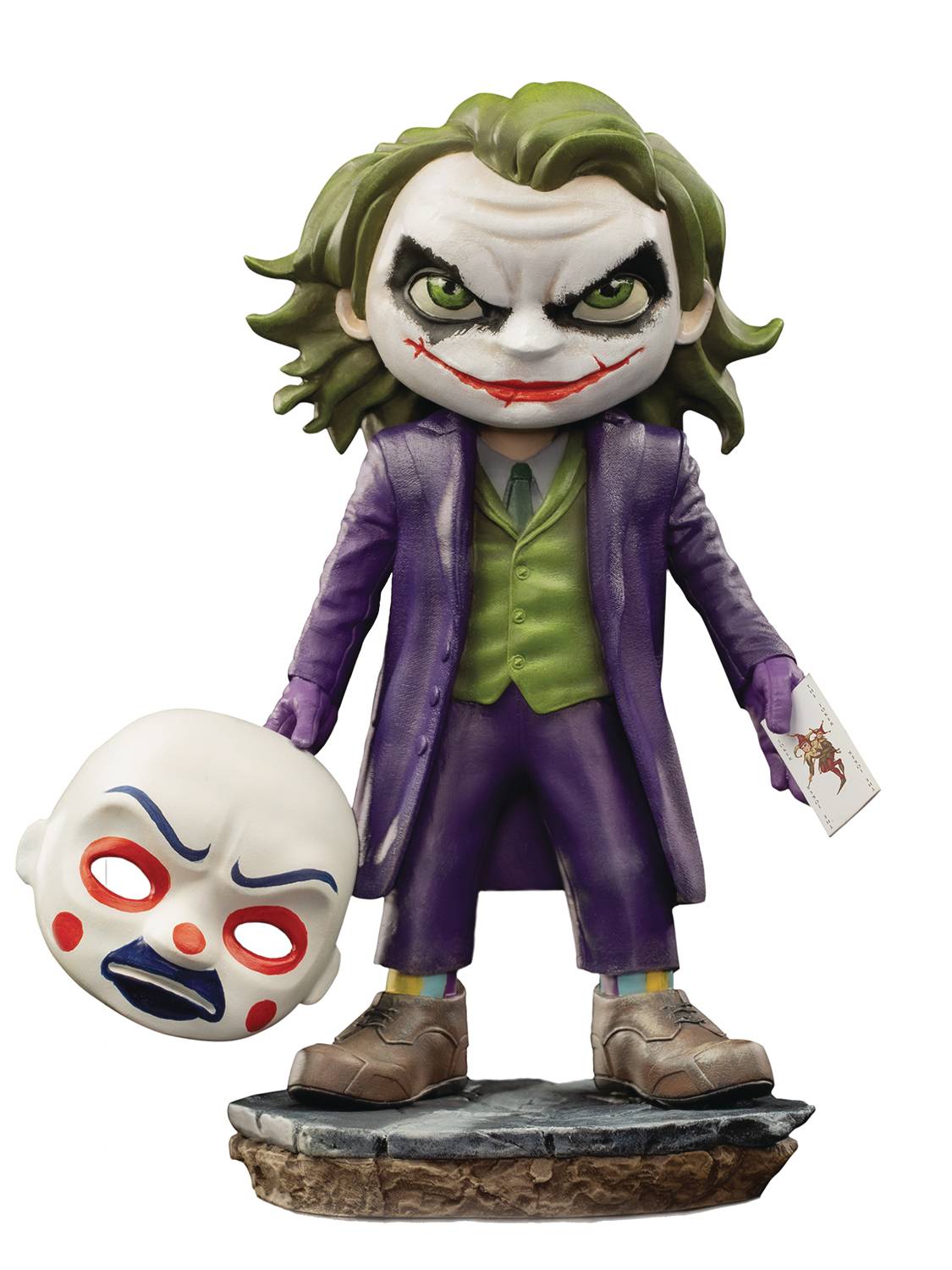 # # # # # #
DEC202185
From Iron Studios. Ready to have fun promoting chaos, Joker brings his theatrical mask in his hands to hide between his cronies and his trademark playing card. Immortalized by the award-winning performance of the late actor Heath Ledger in the acclaimed film Batman: The Dark Knight (2008), directed by Christopher Nolan, Iron Studios presents its statue The Joker: The Dark Knight in its stylized Toy Art version of Minico line.