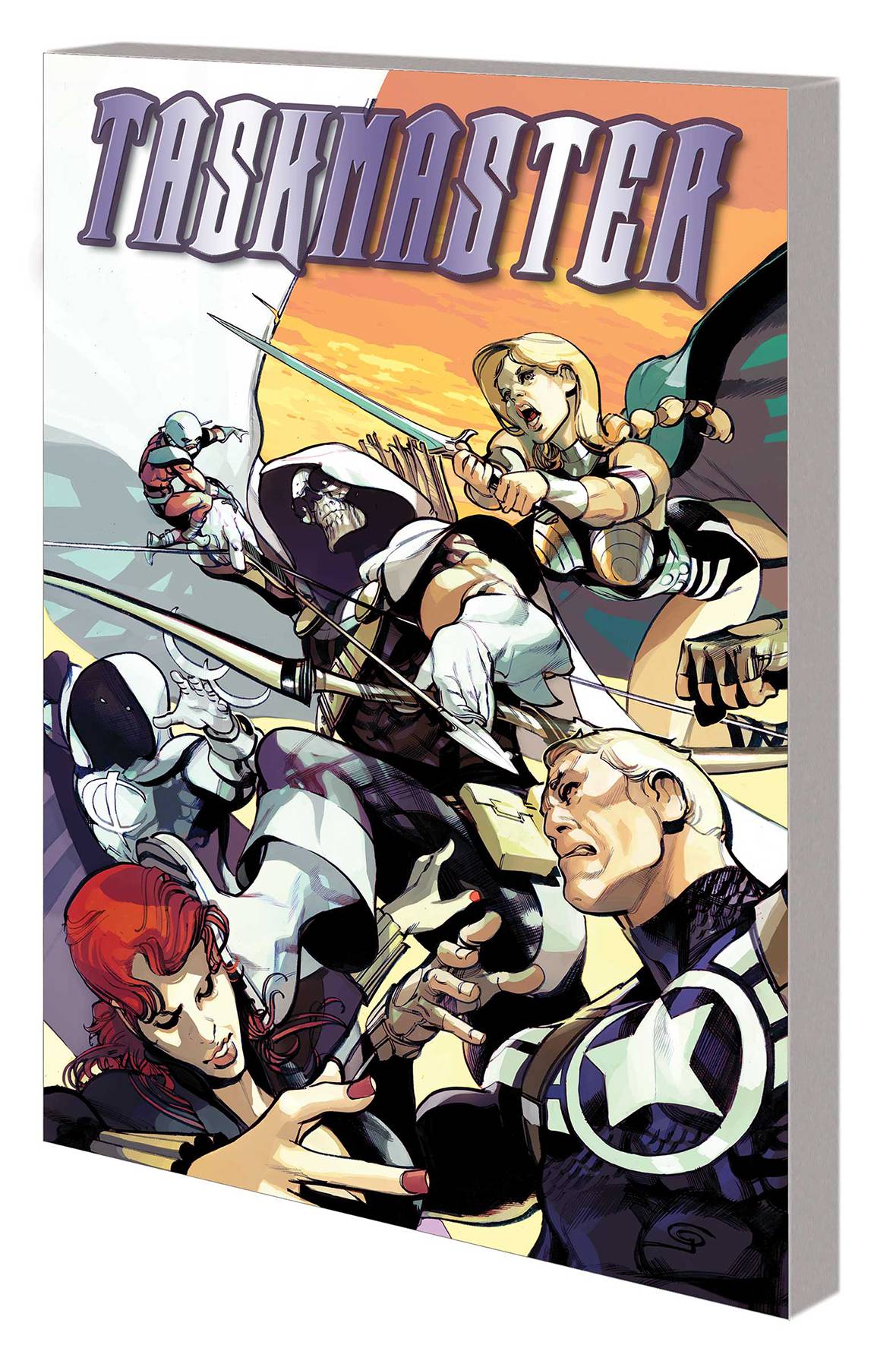 #
DEC191000
(W) Ken Siu-Chong, More (A) Udon Studios, More (CA) Alex Garner
No job is too tough for Taskmaster! First up: corporate sabotage against Stark Industries under the employ of Iron Man's on-again, off-again foe Sunset Bain! But that soon brings the Taskmaster into direct contact with Tony Stark himself - and a SWAT team loaded for bear! But nothing will keep the multiskilled merc from his million-dollar payout...Viva Las Vegas! Then, are you prepared for the Taskmaster's secret origin? He has trained henchmen for every terrorist organization and criminal cartel in the Marvel Universe. So when word spreads that the Taskmaster has turned traitor, a billion-dollar bounty is put on his head. To keep himself safe, the Taskmaster must attempt his hardest task of all: figuring out who he really is! Collecting TASKMASTER (2002) #1-4, TASKMASTER (2010) #1-4 and material from MARVEL COMICS PRESENTS (2007) #2 and AGE OF HEROES #3.
Rated T+
In Shops: Mar 18, 2020
SRP: $24.99
ORDER WISH LIST